A Guide to Mint Juleps for Derby Day 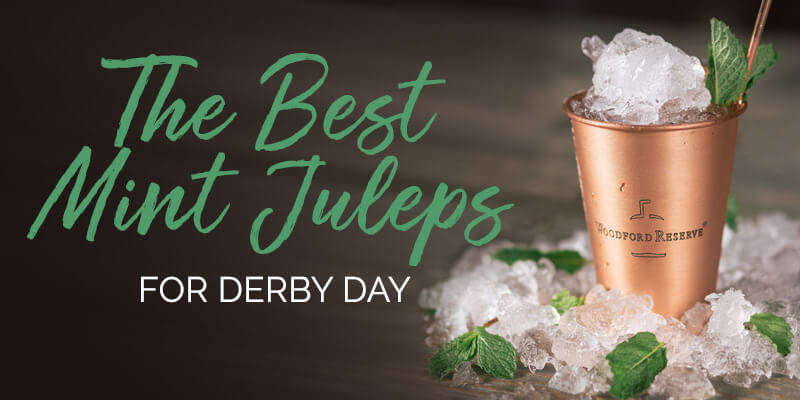 Fantastical hats, prized thoroughbreds and American tradition are among the many things we love about the Kentucky Derby. Aside from the horse racing heritage, it is the famed mint julep that tops our Derby Day list. Did you know that this iconic drink has a centuries-old history that goes far beyond the stables? Here’s our ultimate guide to Derby Day mint juleps to get your taste buds off to the races!

The History Behind the Mint Julep

The mint julep’s origins date back to ancient Persia, where it was used as a rosewater bath called “gulab” for the empire’s nobility. Associated with health elixirs and either sipped straight or incorporated into cooked food, the julep became popular across the Middle East and southern Europe as both a medicine and as a skincare routine additive. The Mediterranean’s indigenous and ample mint supplies eventually replaced rose petals, and the moniker “gulab” morphed into “julab” and later into our “julep.” The julep reached America in the 18th century, where it was fashioned into a medicinal drink comprised of rum or brandy, honey and muddled mint - with wealthier drinkers adding costly ice to chill their concoctions to cut the bite.

When British taxes overpriced rum and brandy after the revolution, Americans turned to their native bourbon as a replacement spirit —one that thrived in Kentucky, and which remains an integral part of the state’s economy. Historians strongly posit that juleps were present at the very first Derby in 1875 and have been a staple of racing culture to this day, even becoming the Kentucky Derby’s official drink in 1939. While you can certainly splurge on a julep worth over $1,000 at the races—precious metal cup and all—we advocate for some more cost-effective recipes to try before the horses file into the starting gate.

We would be amiss to not deliver an ‘out of the gate’ recipe featuring Woodford Reserve, The Derby’s official and much-loved bourbon. Grab a classic julep cup (not strictly necessary, but very traditional) and let the good times roll. 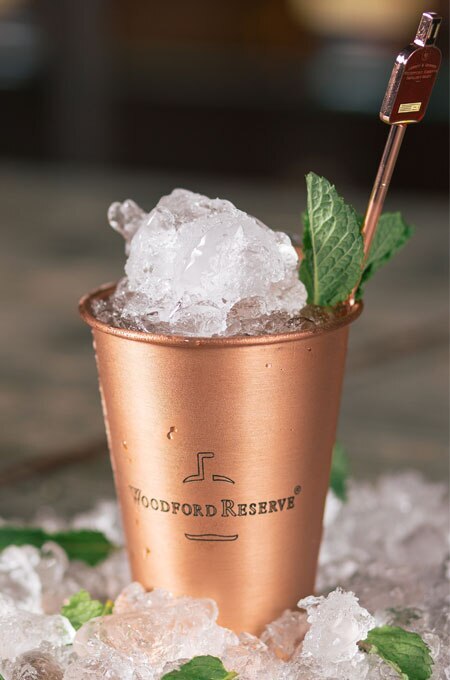 Express the oil of 3 mint leaves by gently rubbing them around the inside of the rim of a glass. Toss mint. Add simple syrup and bourbon to the cup. Fill cup halfway full of crushed ice. Stir until the liquid is completely chilled. Once it’s chilled, completely fill the cup with ice and garnish with a mint sprig.

Ginger spice meets all things nice! This recipe is perfect for those looking to add a twist on the traditional julep during their race day festivities. 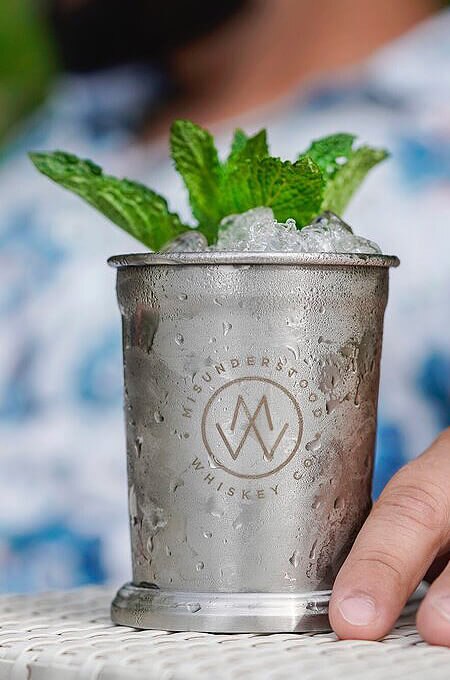 For the honey simple syrup: Combine water and honey in a small saucepan. Bring to a boil over medium-high heat. Stir continuously until honey dissolves. Remove from heat, cool to room temperature.

For the cocktail: Muddle mint and honey syrup in stirring glass. Add ice and whiskey and stir well. Strain over fresh crushed ice. Top with bitters and garnish with mint sprig.

Looking for a celebration? Just add Champagne! This frizzy julep is sure to put you in the party mood. 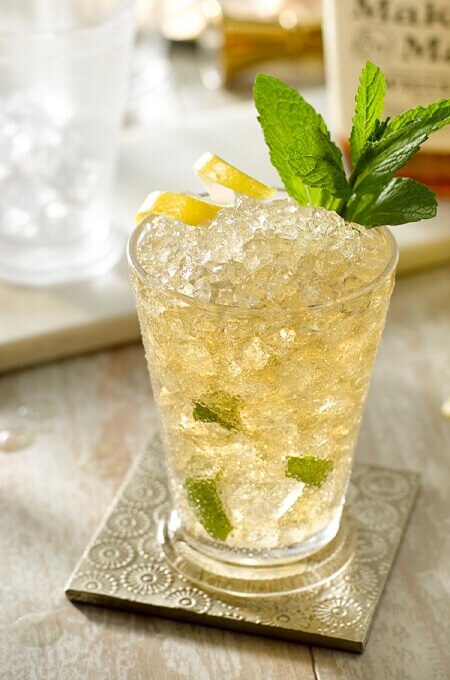 Gently muddle mint leaves in a julep cup to express the oils. Add crushed ice, bourbon, Champagne, liqueur and stir to combine. Garnish with a mint sprig and lemon twist.

Looking for more julep recipes to try during the Derby? We recommend this classic Old Forester Mint Julep or this strawberry variation.

Fancy a tangy, sweet & sour sipper? The Woodford spire is sure to get you racing down the stretch. 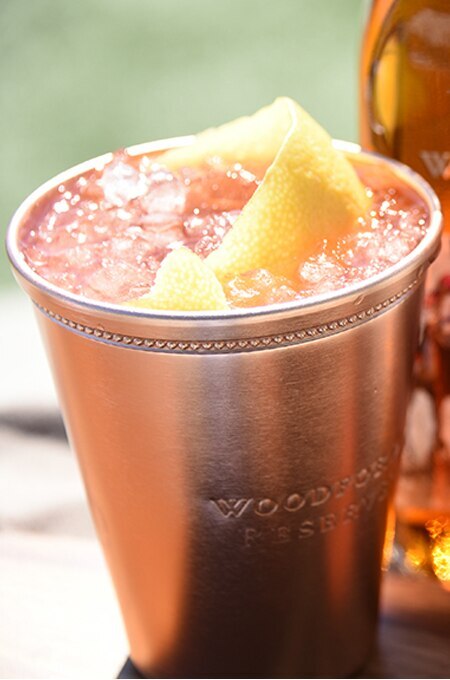 Combine the bourbon, lemonade and cranberry juice in a rocks glass filled with ice. Stir the mixture and garnish with the lemon twist.

If bourbon isn’t your bet, you can still enjoy the races with this delicious vodka-based cocktail that is reminiscent of a cosmopolitan for a refreshing Derby Day delight. 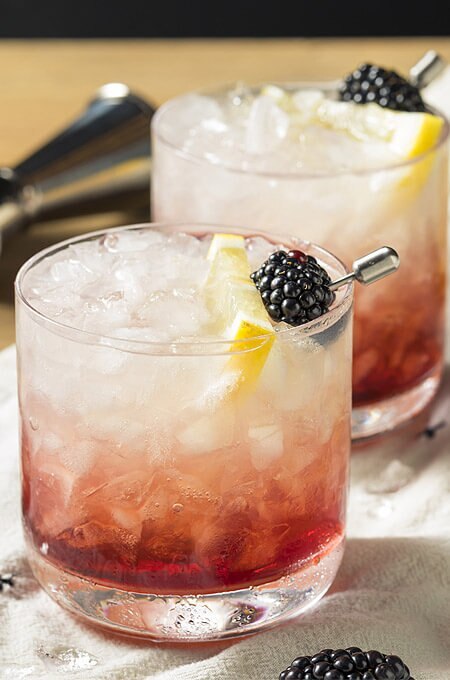 Combine vodka, cranberry juice, sweet and sour mix and triple sec in a shaker. Shake well and pour in a glass over crushed ice. Garnish with a blackberry and lemon wedge.

Can’t resist a mule? Skip the vodka this Derby Day and opt for a Kentucky mule, featuring our Sourced & Certified Zackariah Harris Bourbon. Add bourbon and lime juice to a copper mug. Fill with ice and top with ginger beer. Add mint sprigs or a lime wedge for garnish.

Now that you know how to make a plethora of cocktail options, you can shop for your Derby Day cocktail essentials at abcfws.com or pick up in-store ahead of time to make sure you don’t miss a second of the fastest sports event in the world!