Whether you’re full-blown Irish or simply Irish at heart, St. Patrick’s Day celebrations can liven up the tail end of winter with some Celtic flair. While celebrating the patron saint of Ireland in the U.S. usually means sipping some drinks (and we’re all for that), we would also like to share a few Emerald Isle tips to help make your St. Paddy’s Day celebration a little more authentic, starting with some traditional Irish cocktails. Here are our top dos, don’ts and drinks to truly imbibe like the Irish on St. Patrick’s Day.

DO: Skip the green shirt with flashing lights and grab some tweed. Donegal tweed (manufactured in County Donegal, Ireland) is appropriate if you’d like to go the extra mile, but any tweed is preferable to a neon green t-shirt with an obnoxious cartoon leprechaun. 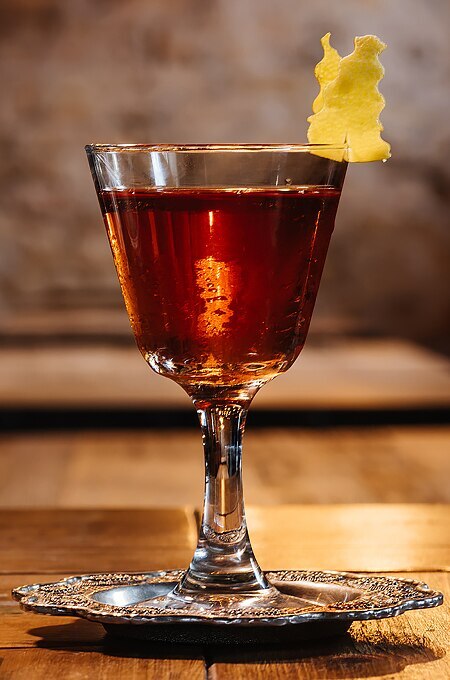 Add Irish whiskey, vermouth, green chartreuse and bitters to a shaker with ice. Shake well and strain into a chilled glass. Garnish with an expressed lemon peel.

DON’T: Go for the green beer, instead, opt for a pint of Guinness or another Irish stout. If stout isn’t your thing - grab a glass of Magners Original Irish Cider or Harp. Next to every Guinness tap in Ireland is a Bulmers Cider (known as Magners in the States), followed by Harp in third place and Smithwicks (pronounced “Smithicks”—silent w; or “Smiddicks,” if you’re Irish) in fourth.

DO: Say an Irish blessing. The most well-known of these is “Sláinte!” (pronounced “slaan-sha”). Taken from the Old Irish “slán” (meaning “safe”), it literally translates as “Health!” and is heard in every pub in Ireland.

DON’T: Order an Irish Car Bomb, just don’t. The offensively-named shot is usually a mix of Baileys, Jameson, Guinness and regret—an American invention that would never be referred to by that name in Ireland.

DO: Grab an Irish whiskey if a pint isn’t your party drink preference. You can’t go wrong with a classic. Add Irish whiskey, hazelnut liqueur and Irish cream to a shaker filled with ice. Shake until chilled. Strain into glass over fresh ice.

DON’T: Be losing your wits about you. A true Irishman always makes it home after the pub, no matter the hour. Need a little pick-me-up part way through the celebrations? A proper Irish coffee is acceptable but skip the Irish cream and coffee liqueur. The traditional version simply contains coffee, whiskey, brown sugar and cream and will be your own personal pot of gold. In a glass mug, pour hot coffee. Add in the brown sugar and stir until it is completely dissolved, following, add Irish whiskey. Top with desired amount of cream.

Now that you’ve been blessed with the luck of the Irish for a shamrock-heavy March 17th celebration, come visit us at one of our ABC Fine Wine & Spirits locations or shop our entire Irish beer and whiskey selection at abcfws.com.