Is Rum Making a Comeback? 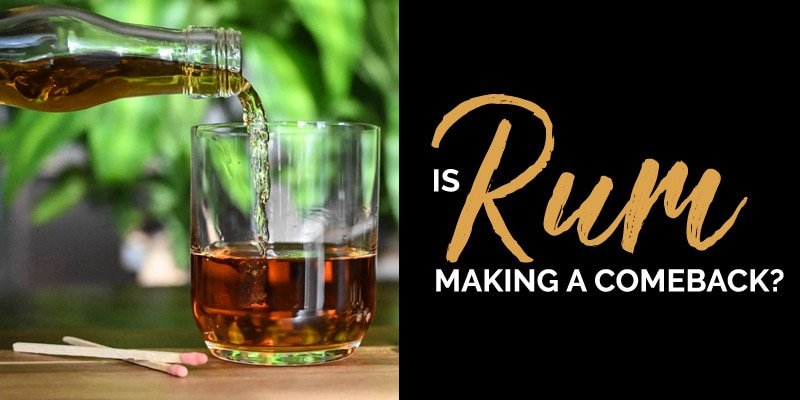 By Laura Fagan Published May 2022

Summer is almost here and with it arrives long-awaited flavors, fun and sun. As the days grow longer and the nights warmer, it’s hard not to crave a cocktail and sun-kissed cheeks. Rum is the spirit of the season and a spirit that is experiencing a well-deserved resurgence. Craft rum distillers across the Caribbean and the world are pioneering new processes, styles and flavors which have helped to push rum back into the spotlight. This perfect summertime spirit is making a comeback in a big and bold way, and just in time for sunset cruises and poolside sipping. Join us as we dive into the barrel to reveal why rum is again on the rise along with what brands and cocktails you should be sipping this summer.

The origin of rum is tied to 15th and 16th century European exploration and colonization of the Americas. The previously isolated Western and Eastern Hemispheres were integrated beginning with Columbus’s voyages to the Caribbean. Following, the people, goods and beliefs belonging to the Old World and the New World were slowly exchanged in an event that irrevocably changed the human experience. One of those transatlantic transfers was sugar. Sugarcane arrived in the Caribbean aboard a Spanish caravel, a small, multi-sailed ship. The New World climate was favorable for sugar cultivation and European empires would capitalize on the land to feed demand. However, planting, harvesting and processing sugar was extremely laborious which is why the story of this spirit is also tied to the Transatlantic Slave Trade as slaves provided the labor source for the sugar plantations spanning across the Caribbean, South and Central America.

Rum distillation was first documented in Barbados where it was realized that molasses, the sticky byproduct of crushing and pressing the cane, could be repurposed. Once fermented and distilled, the molasses matured into a New World winner. It was originally called ‘rumbullion’ and the taste for the liquor exploded, especially across the Caribbean and in New England where British colonists found it to be cheaper and stronger than imported brandy. Soon, New Englanders would turn to making their own and began importing molasses. Distilleries began to appear in New England ports and rum quickly became the drink of choice and the region’s principal export. However, after revolution and an unexpected rebel victory, America's new sovereignty and space would appeal to immigrants from around the world. Over decades, and with more arrivals, Americans pushed into frontier territories which would eventually become grain-growing states. The available seed was then distilled into whiskey and other grain-based spirits which slowly overtook rum in popularity. Rum diminished into an afterthought, an add-in or floated spirit. For decades, grain-based spirits have sat at the forefront of American taste, but the desire and demand for rum is now back on the rise.

The Rise of Rum

Rum is a spirit made from distilling and then aging fermented sugarcane juice or molasses. It is produced in an impressive range of styles, flavors, and finishes from light to dark and sweet to spiced. In markets across the world, rum is emerging again as a top contender in popularity and projected sales. A 2019 economic briefing from the Distilled Spirits Council showed that rum volume increased by over 24 million cases.1 Beyond the numbers, rum has an uncanny ability to capture a wide range of moods and memories which has contributed to the revival with easy marketing. Somehow a rum runner takes you to the coast with waves lapping at your feet and a rum eggnog or coquito carries you to a holiday morning. Not only is rum a fantastic base for hundreds of craft cocktails, it also doubles as a spirit well suited for sipping neat. Rum is extremely versatile and is perfect for both low-key and luxury drinking. 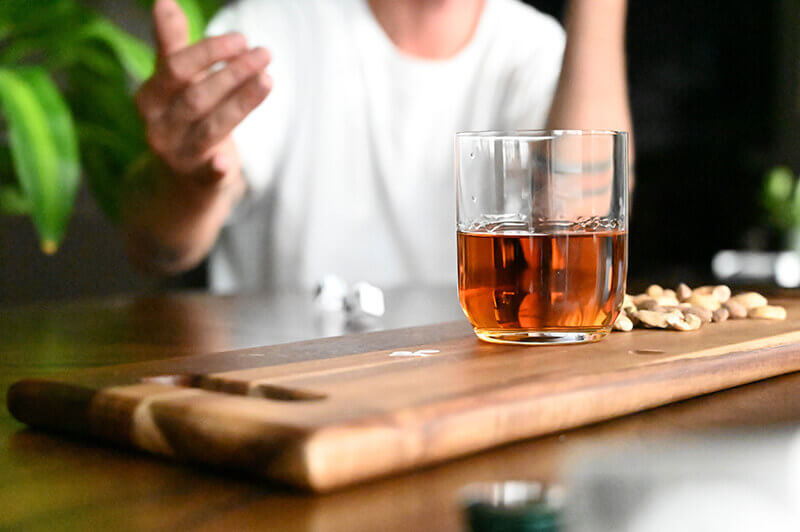 Today, we are seeing the rise of rum-based businesses and bars giving well deserved space to this spirit with a recent focus on high-quality sipping rum. In part, this uptick in premium rums can be pinned to manufacturing freedom. The rum industry is not as strictly bound by rules or production standards in comparison to other spirits. Because of this laissez-faire distillation environment, creative freedom has flourished to elevate the spirit into new spheres of influence and demand. Rum houses have created a culture of experimentation and an encouraging space for their distillers to innovate new blends, age distinctions, novel flavors, and luxury finishes. The result has been the release of premium rums with striking originality and character earning new fans and industry attention. Bottles like Brugal 1888, Ron Zacapa Centenario XO and Negra, Diplimatico Mantuano, Bumbu Original and XO and Captain Morgan Private Stock are moving quickly off shelves onto menus and into glasses. Mixologists and rum enthusiasts are eagerly reaching for and pouring these craft rums for their quality, premium ingredients and exciting distinctions. Currently, the nations of Barbados, the Philippines, Guyana, Puerto Rico, Cuba, the Dominican Republic, Venezuela, Jamaica and Haiti are leading craft and sipping rum production and putting these prized bottles, brands and lines in front of consumers.

The recent rise of trending rum cocktails has also elevated the spirit. Many restaurants and bars have concocted their original spin to classic rum cocktails like the daiquiri, mojito or mai tai. It’s not just limited to classic rum cocktails. They are even transforming cocktails that are traditionally made with other spirits like whiskey. For instance, you may see an old fashioned made with aged rum, like in this recipe. In full, rum is gaining momentum because of its impressive ability to base thousands of tasty cocktails, match a mood, or stand alone as a sipping spirit. Take a peek at some featured brands below, along with some recipes and sipping options, so you too can revel in the resurgence of rum.

Stop by your local ABC store to shop for your summertime spirits or sift through our full rum selection online.