Beers from Around the World

Prost! Proost! Salud! Sláinte! Skål! The first Friday of August marks International Beer Day, a day for beer lovers to unite and enjoy brews from around the globe. It symbolizes a time for different cultures and countries to celebrate their common love: beer. This year, International Beer Day is extra special to us. 2020 has been quite a year. It may be more challenging to travel across the world to enjoy a pint, so we’re bringing the world of beer, home. Take a (pub) crawl through the history of beer in different countries as you sip on their home brew from an ABC near you. 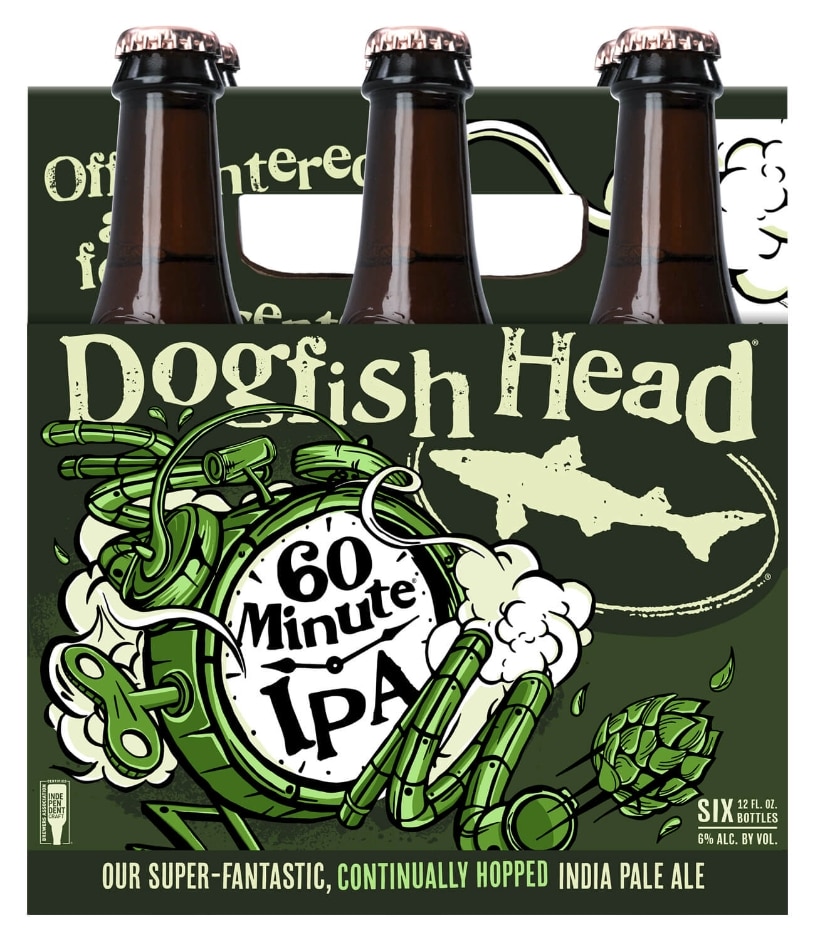 We’re starting close to home with our first pick from the USA. America has had its ups and downs in beer history. Prohibition put a halt on the rise of the beer industry, but just as brewers do, they rose up through dedication and innovation. Dogfish Head represents this American dream. First opening as a brewpub and America’s smallest commercial brewery in 1995; it was built from a system that operated using only three small kegs. After years of perfecting their craft and creating a range of funky brews, these Delawareans grew and merged with beer legends: The Boston Beer Company. Over the years, they experimented with a variety of recipes, some stuck, others didn’t make the cut. Our top pick: 60 Minute IPA. This India Pale Ale was claimed to be “the most balanced IPA on the market,” by the Wall Street Journal. It is golden amber in color and sips with aromas of piney and citrus notes. Expect moderate hop flavors and a crisp finish.

If an IPA is not what your searching for, check out more American-made beauties here. 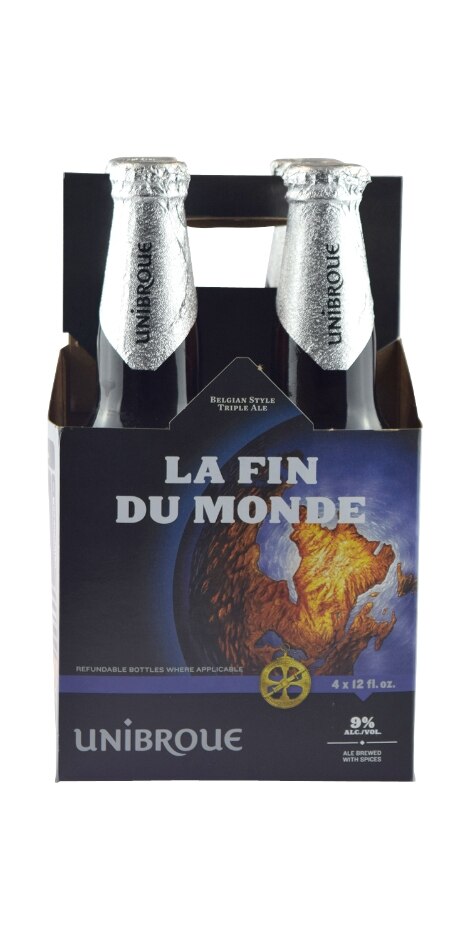 Canada may be known for hockey, but what’s hockey without a beer? Names like Molson and Labatt are familiar to many Canadians. But how did this beer-loving culture arise? Like many countries, beer found its way to Canada through European settlers, with some of the first recorded brews taking place in the seventeenth century. Through time, tribulations and historical economic setbacks of the early 1900’s, Canadian beer found its voice and flourished. Craft brewing reinvigorated the country, and today is now home to 1000 breweries, including Unibroue. Unibroue draws its inspiration from age-old methods created by Trappist monks, particularly from Belgium. This style holds the protein and part of the yeast; yielding for a beer with a distinctive flavor, meant to enjoy. “I tell people I make ‘flavorful beers’ - that’s the category I brew,” says Unibroue’s Master Brewer, Jerry Vietz. Their award-winning flagship ale, La Fin Du Monde, is just that. A flavorful, triple style with top fermentation and a 9% ABV. On the nose, expect a floral bouquet and aromas of honey, spice and malt and a smooth, warm finish. It’s delicious sipped solo, but also goes well with sausage, seafood and ripe cheeses.

Ireland is a land of lush soil with a cool climate and ample rain. Its typography is ideal for producing the main ingredient in ale: barely. The Irish made this discovery nearly 5,000 years ago, creating ales from barley and herbs. Monks were known to enjoy a tipple to break their fast, but women also played an instrumental role in production. By the 1600’s ales where made in cottages by “alewives.” It wasn’t until the eighteenth century that beer transitioned from alehouses to a commercialized product, including well-known Guinness. Guinness was founded by Arthur Guinness, who started his own brewery from a family inheritance. A pioneering spirit and many years later, Guinness has made a mark on Ireland’s culture. Guinness has produced a range of delicious beers, including Guinness Draught. This rich and creamy brew has aromas of coffee and a malty nose. It’s distinctively dark with a rich head and has a 4.2% ABV. Our suggested pairing is baked into cupcakes. Find the recipe here. 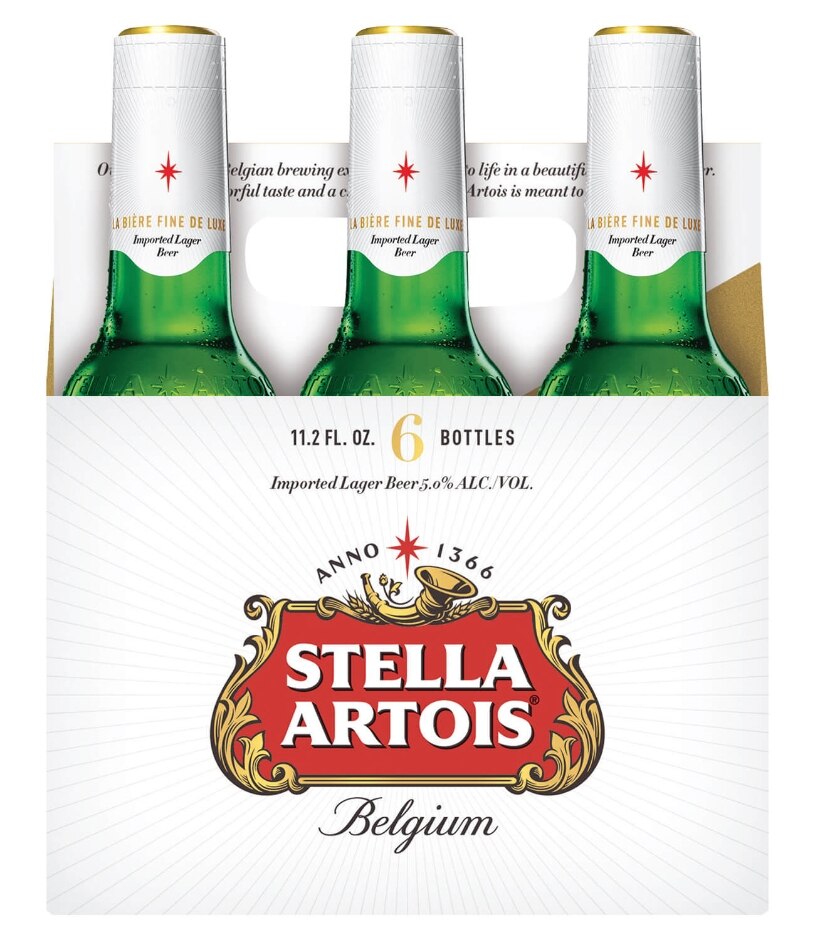 When you think of Belgium, it’s difficult not to think of beer. Belgium beer was created before Belgium even became an independent country. The history of beer is interwoven into the culture and dates back for centuries. It was first consumed as a substitute for unsanitary drinking water. It wasn’t until monasteries began facilitating the manufacturing process that the quality enhanced. Belgium is now the world’s leading export of this diverse beverage, second to Germany, which includes the iconic Stella Artois. The history of Stella starts in Leuven, Belgium at the Den Horen Brewery. The name later changed to Artois when master brewer, Sebastian Artois, began working at the brewery. In 1926, the Stella Artois that we know today was born from a seasonal Christmas beverage. It received the name Stella, meaning “star,” referring to the Christmas star. The popularity of this seasonal sipper made it an international sensation and continues to be exported and crafted around the world. It is a lager style beer with a 5% ABV, each sip as refreshing as the next.

European culture is centered around the craft of brewing and the Dutch are no exception. Like many European countries, beer production in the Netherlands started out in monasteries. It wasn’t until the Dutch Golden Age in the seventeenth century, that production grew into a professional facet and commercial breweries began planting their feet. These breweries include Europe’s number one brewer, Heineken. The story of Heineken began in 1864 with Gerard Adriaan Heineken. At only 22 years old, he acquired the Haystack brewery located in Amsterdam. In a country where ales and porters were king, he decided to only brew lagers, which ultimately paid off. After years of experiments and innovations, Heineken created their widely enjoyed brew with a special ingredient: A-Yeast. This beer was heavily exported within Europe and became the first imported brew to America after Prohibition. Heineken calls it an “uncommonly good” lager with a shade of fruitiness and nicely blended bitterness with a 5% ABV. 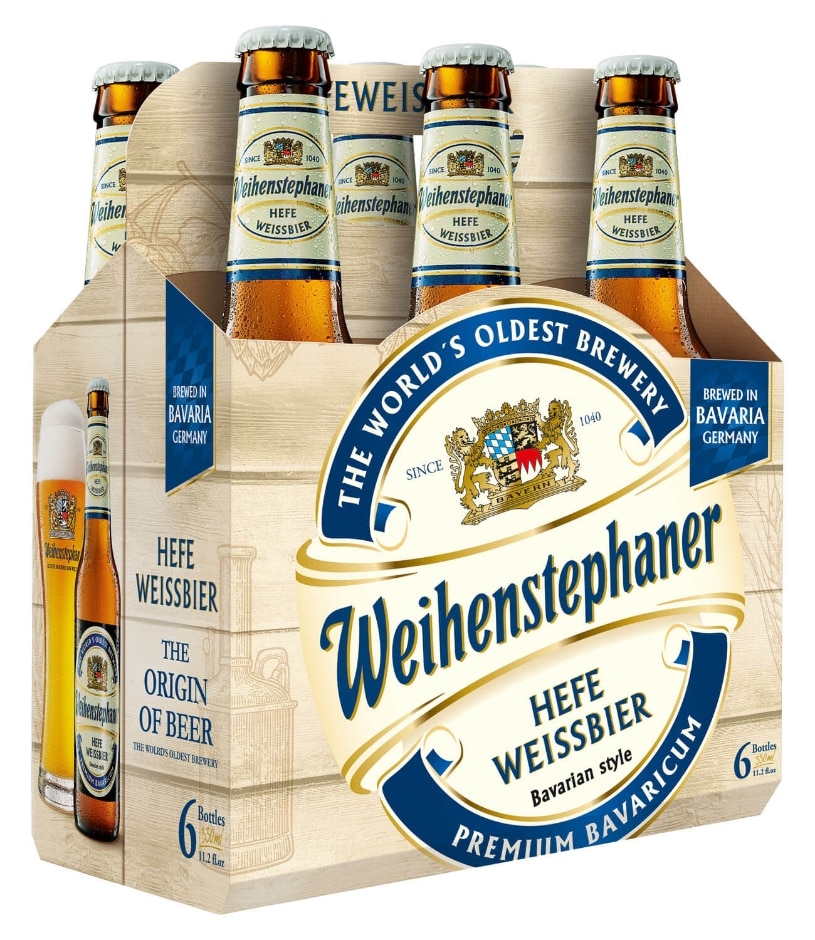 Beer has always been a major part of the German culture. Although they did not invent it, their Germanic ancestors were found to craft a similar beverage that dates back to 800 BC. The German beer we know today began taking form when produced in monasteries by monks who considered it an art form to break their fast. Then in 1516, the German Beer Purity Law (also known as the Reinheirsgebot) was passed by the Bavarian state regulation. This law was enacted to keep a standard of quality for German beer, stating that beer could only be brewed with water, barley (or malt) and hops. During the time, yeast had not been discovered, but is now the fourth ingredient deemed acceptable. Weihenstephaner (“Vy-hun-STEF-uh-nur") is claimed to be the oldest brewery in Germany. It was originally a Benedictine monastery that produced hops in the year 725. Over 30 years later, the Weihenstephaner Monastery Brewery was born and today produces a range of beers, including Hefe Weissbier. This is a golden-yellow wheat beer with a 5.4% ABV. It has notes of clove and banana with a malt finish and is ideal to enjoy during Oktoberfest or with spicy cheeses. 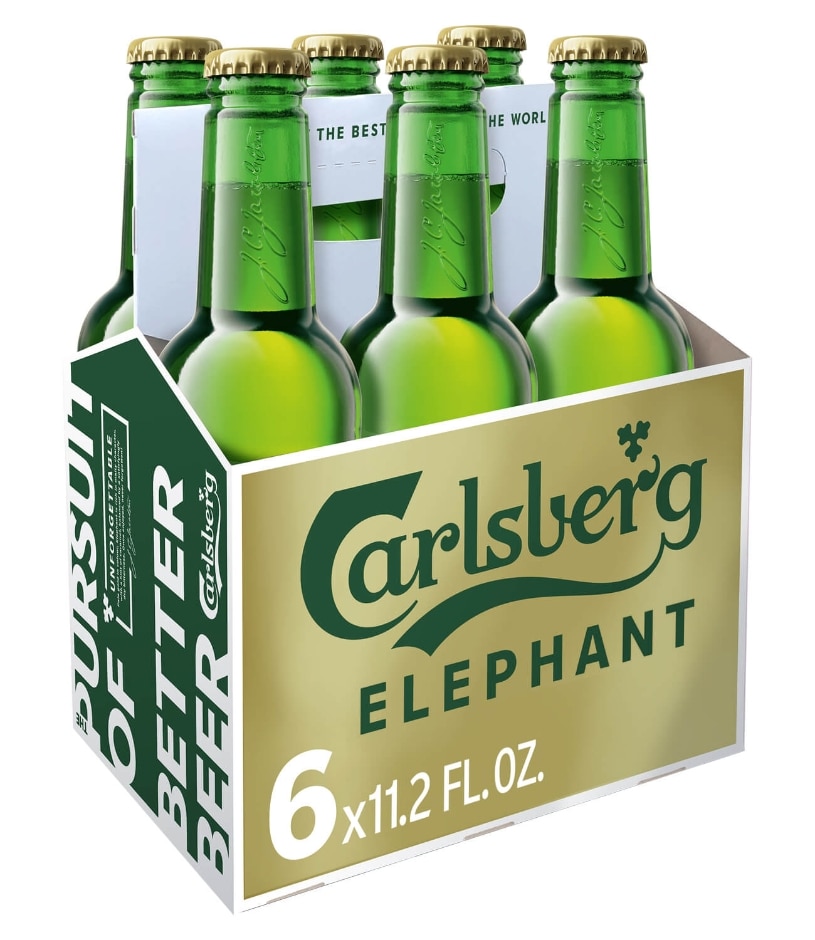 Denmark sits just north of Germany. Their neighboring country has played a key role in their consumption of, you guessed it, beer. Beer is a major part of their culture from the food they consume, to holiday gatherings. Although many amazing beers have come from the Danes, there’s one name that stands out: Carlsberg. Driven by a passion for beer and the natural sciences, J.C. Jacobsen established The Carlsberg Group in the mid 1800s. Through expansion and exporting, the Carlsberg group has grown exponentially to what it is today, a beer icon to Denmark and self-proclaimed as “probably the best beer in the world.” Their Carlsberg Elephant beer is a strong lager with a 7.2% ABV. It was brewed for the first time in 1959 with ample use of malts, for a rich, smooth character. Expect notes of apple, melon and caramel flavors balanced by a dry bitterness. The elephants on the label were inspired by the two life-size elephant statues at the entrance of the Carlsberg Groups location in Copenhagen. 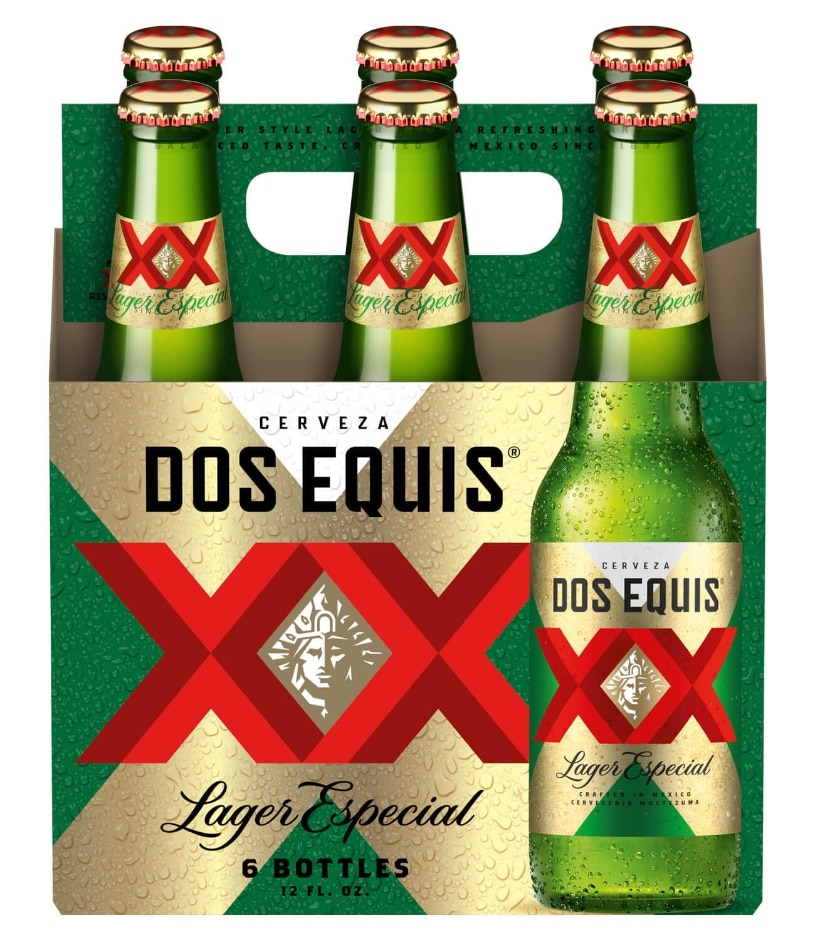 The Mexican cerveza (beer in Spanish), plays an interesting role in Mexican culture. The Aztec and Mayan peoples were making spirits far before the term “cerveza” came into existence. They were cultivating a fermented drink called “pulque,” made from the agave plant, something more similar to a tequila or mezcal. It wasn’t until the mid-nineteenth century, when Austor-German Emperor Maximilian held Mexico under his domain and built his own brewery, that the beer culture began taking shape. During this time, Wilhelm Hasse, a German immigrant, founded the Moctezuma Brewery in Veracruz. It became home to the first Siglo XX, known today as Dos Equis Ambar. The “XX” represents 20, while “Siglo” means century. Decades later and a multitude of label changes, Dos Equis continues to produce refreshing and delicious brews, including their lager. This golden pilsner style beer is created with a blend of malts, spices and earth tones. It has a 4.2% ABV, making for a great beverage to enjoy on a summer day.