The Origin Story of the Bellini

During the spring of 2018, when we could travel and enjoy drinks from all over the world, I had the opportunity to spend four months living in and exploring Europe. I had just turned 21 and was about to spend the second semester of my junior year in college studying abroad in Florence, Italy. While taking a weekend trip to Venice with some friends, I was compelled to visit Harry’s Bar. Why seek out such a specific bar in a country known for its delicious wines and cocktails? For the Bellini. While all cocktails contain various origin stories, it is widely known that the Bellini was invented at this little bar along the Venice canals. 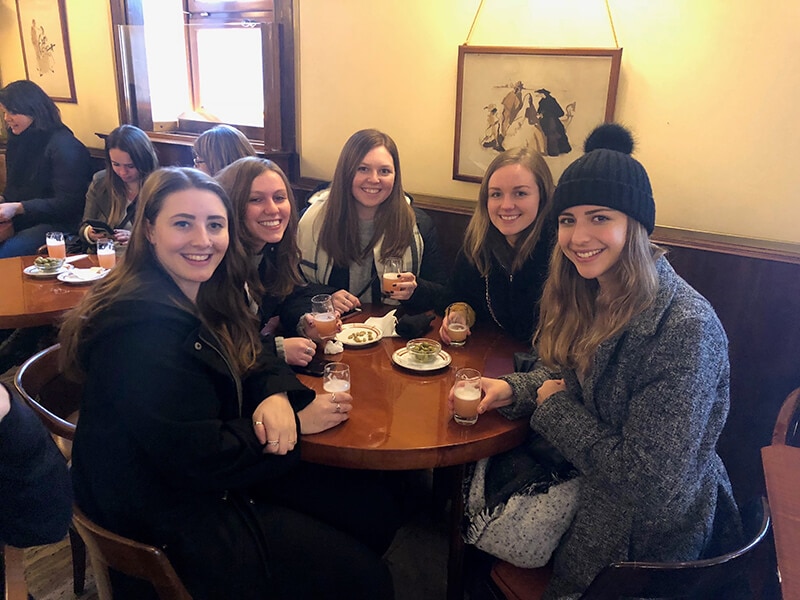 The time frame as to when this peach and sparkling wine cocktail was created is a little hazy, but it is believed to be between 1934-1948. Harry’s Bar was founded in 1931 by Guiseppe Cipriani, who coined the name “Bellini” after the 15th century Venetian painter Giovanni Bellini. Cipriani's son, Arrigo Cipriani says his father was inspired by the artist’s use of pink hues that seemed to glow on the canvas. To create the favorite brunch drink we enjoy today, Cipriani pureed small white peaches, which were in abundance throughout Italy between June and September. These peaches were a favorite of the bar founder and he strived to create a drink that captured the appealing fragrance. From there, he added Prosecco. In the beginning, the drink could only be made during the short peach season and it became so popular during those months that the bar hosted staff whose sole job was to pit and squeeze the peaches by hand to create the puree. 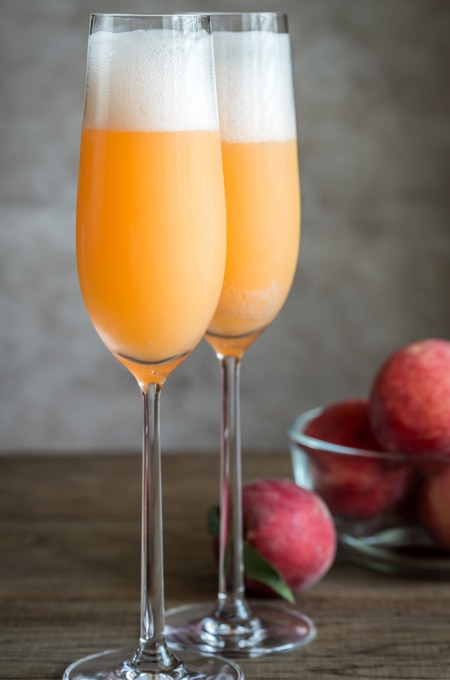 Many famous authors frequented the bar during their stays in Venice, including Sinclair Lewis, Orson Welles, Alfred Hitchcock and Ernest Hemingway. While writing Over the River and Into the Trees, Hemingway is said to have used Harry’s Bar as his go-to writing spot, and the Bellini his go-to order. He was such a fan of the location that the bar is actually mentioned as a setting many times throughout the novel. Harry’s Bar became such a well-known staple, made famous by its innovative drink, that in 2001, the Italian Ministry for Cultural Affairs declared it a national landmark.

This iconic bar turns 100 in about ten years and has not changed much during the near century it’s been open. It’s a small place and seemingly inconspicuous on the outside. We were handed menus full of beautiful cocktails and flavorful Italian wines, but when I went with friends, we were there for one thing—the Bellini. The flavor was iconic. It’s no wonder this cocktail had swept the world. Perfectly bubbly and sweet with just a hint of tartness. With one sip, I understood the inspiration the novelists before me had felt, and why this was a must-stop spot.

While Cipriani could only serve the Bellini during the summer months of the early 1900s, nowadays this cocktail can be enjoyed year-round and is fondly sipped during springtime. A comparable alternative to the mimosa, Bellinis make an excellent brunch drink because of their fruit juice and light sparkling wine flavor. The refreshing sips will wake you up and pair nicely with fruit-forward breakfast food.