In Napa Valley, you’ll find the good life in a glass of cabernet. This small river valley area in California is renowned as the state’s wine capital and, more impressively, one of the world’s most esteemed wine growing regions.

Wine is made across the United States; however, California alone stands with France, Italy and Spain as one of the world’s top wine producers. Interestingly, winemaking has only been a part of America’s story for a few centuries compared to millennia in Europe.

Although comparatively new to production, Napa Valley wines are some of the most fantastic and admired in the world. Wine is made throughout the state in four broad wine regions from Southern California to the North Coast and from the Sierra Foothills to the Central Coast. These large regions are sub-divided into dozens of American Viticultural Areas (AVAs) with Napa representing the most premier and prestigious of the 139 AVAs in California. Join our wine expert Paul Quaglini as he shares the story of the valley of vines and its history with viticulture.

A Valley Positioned for Viticulture

Napa Valley’s geographic location, geology and soil diversity all have influence in the region being categorized as a Mediterranean climate. Paul explains that the region’s climate is the primary reason for the quality of the grapes and the integrity of the wine. This agricultural environment accounts for a very small percentage of the world’s major climates; it’s considered to be a “Goldilocks” zone for viticulture.

Napa Valley runs roughly 30 miles along the Pacific coast and is nestled between the Mayacamas and Vacas Mountains. In the valley, warm, sunny days and nights cooled by marine fog combine to create the ideal diurnal range for grape cultivation. Although the growing region is small, Napa Valley has many microclimates that uniquely serve the growing demands of several grape varieties. The valley’s terroir, along with the ingenuity of winemakers, have intertwined to create a celebrated wine growing region.

The California Grape and Gold Rush

Wild grapes thrived in California long before European settlement of the Americas. Prior to Spanish colonization, indigenous peoples in California harvested the fruit, leaves and vines of the native Vitis californica (California wild grape).

By the late 1700s, Spain claimed and began to settle the territory of Las Californias. As Spain’s influence and presence in the region spread, Franciscan missions were established, and the first European vines were introduced to California. Franciscan Padres used the grapes to make table and fortified wines as well as brandy. It wasn’t until the 19th century, however, that Napa Valley would be planted with non-native vines.

The valley’s history with grape growing and winemaking is tied to an American named George Yount who migrated from North Carolina to California before it was ceded to the United States. With a land grant from the newly independent Mexican government, Yount was awarded almost 12,000 acres (Rancho Caymus) in central Napa, which would eventually become a town sharing his name. 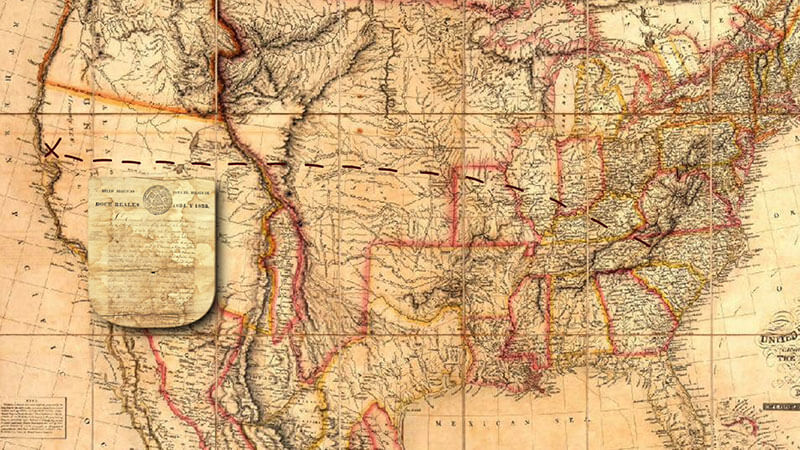 In 1839, Yount built a home and grain mill near the Napa River and planted the first Mission varietal (Vitis vinifera) cuttings in 1839.1 Yount was the first American to settle in what would become Napa County and the first to make wine in the region. Yount is among several pioneering winemakers who laid the foundation for the region’s future in winemaking. Other grape-growing trailblazers would arrive following a significant development in the territory.

In 1848, gold was discovered in California by James Marshall. What followed was an event which would irrevocably impact the territory and United States history. During the California Gold Rush of 1849, hundreds of thousands of migrants and immigrants flooded the territory hoping to strike it rich. Most prospectors never found gold, but the influx of people greatly accelerated the development of California and, ultimately, the practice of winemaking. The allure of gold and adventure was most often followed by the sobering reality of bust and the need for real income.

Paul explains that an important consequence of the Gold Rush was the opportunity for entrepreneurship. The increasing population created a demand for goods and services - including wine. Many of these newcomers were of European ancestry, and they arrived with a taste for wine, Paul adds. 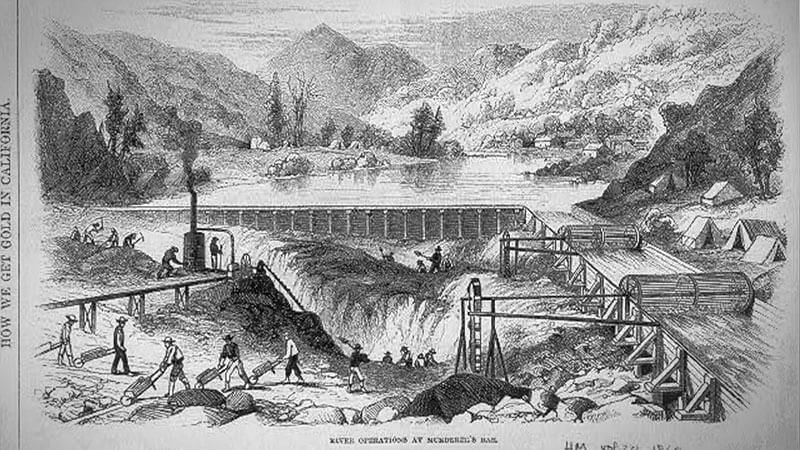 Charles Krug was the first to realize the potential to capitalize on the demand for wine. He opened the first commercial winery in Napa Valley in 1861. Krug’s early success in winemaking encouraged other players, and the valley was slowly transformed into sections of vine and wineries. By the late 1800s, Napa Valley’s wine industry was well-established and booming. In fact, the Napa harvests were so successful that a surplus of grapes drove the price of fruit down. However, overproduction would be only the first of many challenges to face Napa’s wine industry. 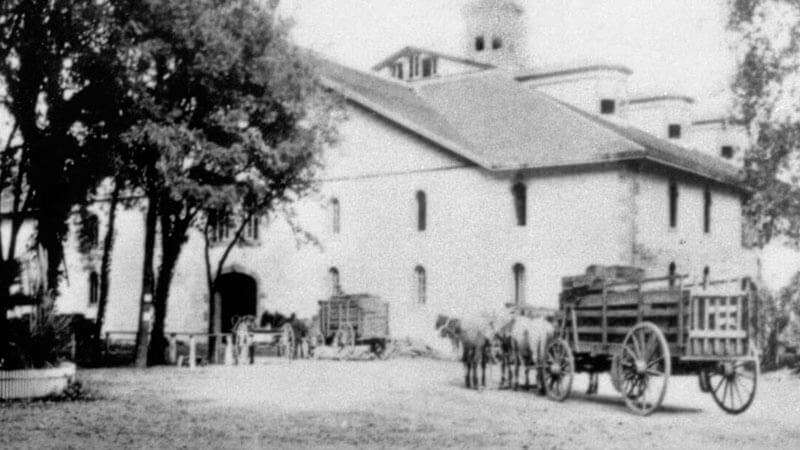 The development and diversification of Napa as a wine growing region was derailed by a tiny louse in 1890. Paul shares that when the Phylloxera Plague struck California, it took winemakers years to figure out how to stop the parasitic insect. The phylloxera fed on the roots of the widely planted vinifera varieties in the valley and made them susceptible to disease, causing fungi. The result was significant plant loss across Napa’s vineyards. The region’s promising wine industry teetered on destruction. 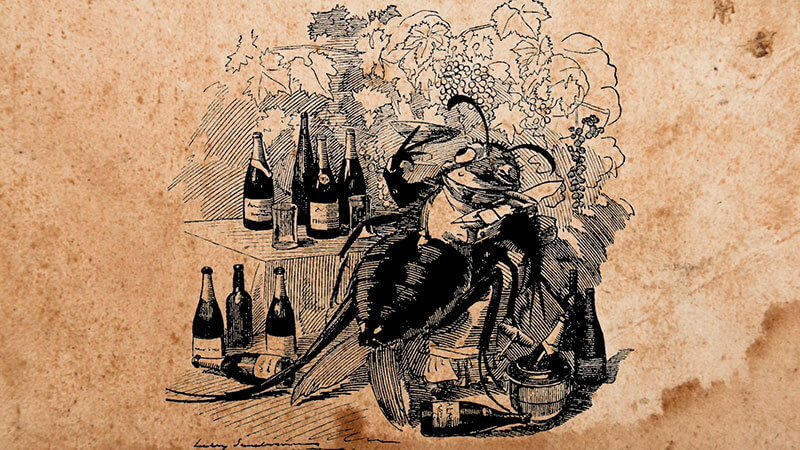 Eventually, it was discovered that by grafting the scion of European vines onto American rootstock (which are phylloxera resistant), the vine louse would not consume the roots or compromise the plants. This horticultural save shifted viticulture across the globe, and today, almost all of the world’s vines have American rootstock.

As the vineyards slowly recovered in Napa, America was simultaneously set on a course toward the prohibition of alcohol stemming from the Temperance Movement. Prior to Prohibition, Paul explains that there were 2,500 wineries in operation in California. When the 18th Amendment to the United States Constitution was ratified, a legislative blow was delivered and California wineries had to close, adapt creatively or rip out vines and replace them with fruit or nut trees to survive. The amendment enacted a national ban on the production, distribution and consumption of alcohol and left ghost wineries and bootlegging in its wake. 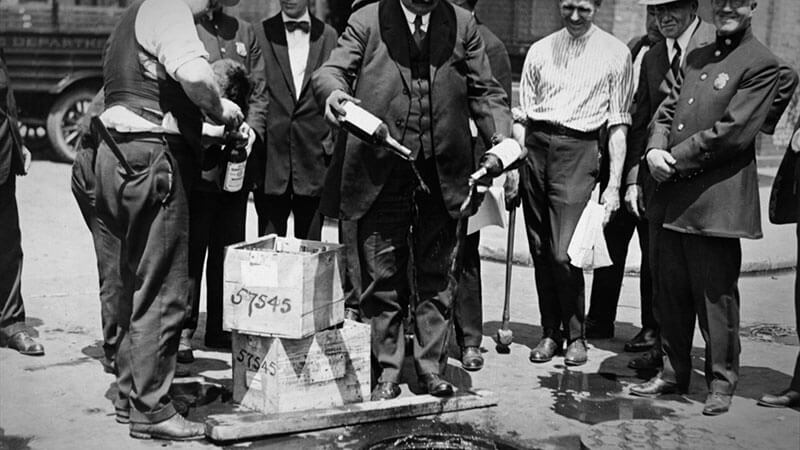 Napa’s wine industry was gutted; however, grape growing and winemaking were quietly preserved and progressed by a handful of wineries that exploited a loophole in the new amendment. These surviving Napa wineries received a permit allowing for the vinification of sacramental wine for church services. These wineries, like Beringer, managed to continue operations through America’s dry years until the 21st Amendment repealed the ban on alcohol. Having survived both phylloxera and Prohibition, Napa’s wineries would finally resume operations unobstructed and be reinvigorated by ingenuity and new industry talent.

Post-Prohibition Progress and the Judgement of Paris

Andre Tchlistcheff is most famously associated with Napa Valley’s post-Prohibition resurrection. Andre was a Russian-born winemaker making wine in France when he was recruited by Georges de Latour, the owner and founder of Beaulieu Vineyard (BV), and was, “Nothing short of transformational in what he brought to Napa Valley.” Andre agreed to become the winemaker at BV and implemented techniques that revolutionized winemaking and rippled across the region. He brought chemistry, cleanliness and remarkable craftsmanship to Napa. Additionally, Tchlistcheff shared extensive knowledge and expertise in terroir-specific varietal planting, along with being a strong and early advocate of planting cabernet.

Another equally influential and well-known Napa wine titan was Robert Mondavi. Mondavi was a visionary who transformed the Krug operation in 1966 to open Napa’s first major winery following the end of Prohibition. As a brilliant winemaker and strategic marketer, Mondavi committed himself to making high-quality wines and nudging Napa into a new tier of excellence. When discussing the region’s rise to greatness, Paul explains that Mondavi envisioned more for Napa and believed that the region could produce wine which could rival any in the world. 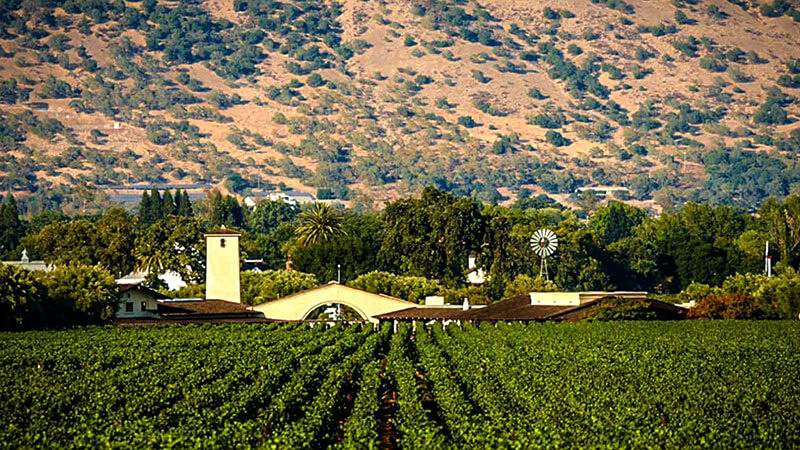 In 1976, this was proven in France. The Tasting of Paris provided a stage and audience to showcase the quality of Napa Valley wines. The blind tasting was organized by Steve Spurrier with the goal of promoting his wine school and helping to celebrate the American Bicentennial. The response from the nine judges, some of the best tasters in France, stunned the industry and shut down the widely accepted belief that the world’s best wines could only come from Europe: The judges selected both the California cabernet and chardonnay over the French offerings.

The top-earning red and white wine were both from Napa – a 1972 vintage cabernet from Stag’s Leap Wine Cellars and a ‘73 chardonnay from Chateau Monthelena.2 After the press circulated the unexpected tasting upset, Napa Valley emerged as a verified, premier wine region and has continued to impress ever since. Today, over 550 wineries are tucked in Napa Valley and collectively produce some of the world’s most sought-after, stunning and prestigious wines.