Tequila sales are on the rise and it seems as if this spirit had a facelift or rebrand from its previous reputation. Once known mostly for salty cocktails and a quick buzz, the agave-centric distilled liquor has departed from its unflattering reputation of salt-lined shots into a premiere beverage to be sipped. As top-shelf tequilas are trending, popularity and interest in the liquid has increased; even celebrities are starting to take on the tequila business. So, what is tequila? What is tequila made out of? How do you drink it? We’ve outlined everything you need to know about tequila.

Much like bourbon, there are very stringent rules that must be followed for a spirit to be called tequila. That process is overseen by the Consejo Regulador del Tequila (CRT, or Tequila Regulatory Council). For starters, tequila can only be produced, bottled and inspected within the following Mexican states: Jalisco, Nayarit, Guanjuato, Michoacan and Tamaulipas. The most common is Jalisco, where the majority of production takes place. All tequila must also contain at least 51% of Blue Weber Agave. Most premium tequilas are 100% Blue Weber Agave. Those that are not, are referred to as mixtos. Mixtos means it is mixed with other sugars, water and other ingredients during the distillation and could potentially include additives. To be considered tequila, the spirit must be distilled twice, and depending on the classification, maturation may be required. How is tequila made and what are the different types of tequila?

All tequila starts with Blue Weber Agave, also known as agave tequilana. Jimadors (Mexican farmers who harvest agave plants primarily to produce tequila) cut the leaves off the plant, leaving what they call the piña, or the heart of the plant. The piña is slowly cooked in an oven to convert the starches from the sap into fermentable sugars, which takes approximately one or two days. The cooked agave is then crushed in a mill to extract the liquid sugar, which is converted to alcohol using yeast. The alcohol is then typically distilled in column and pot stills at least twice. The tequila is then matured based on the classification. Blanco tequilas do not require maturation, so they are bottled shortly after distillation. Joven is blanco tequila that is either blended with some aged tequila or is aged for a short period of time, typically a few weeks. Reposado requires aging between 60 and 364 days. If aged one more day, it would be considered añejo, which is aged from one to three years. Aged any longer than three years, it would be classified as extra añejo. 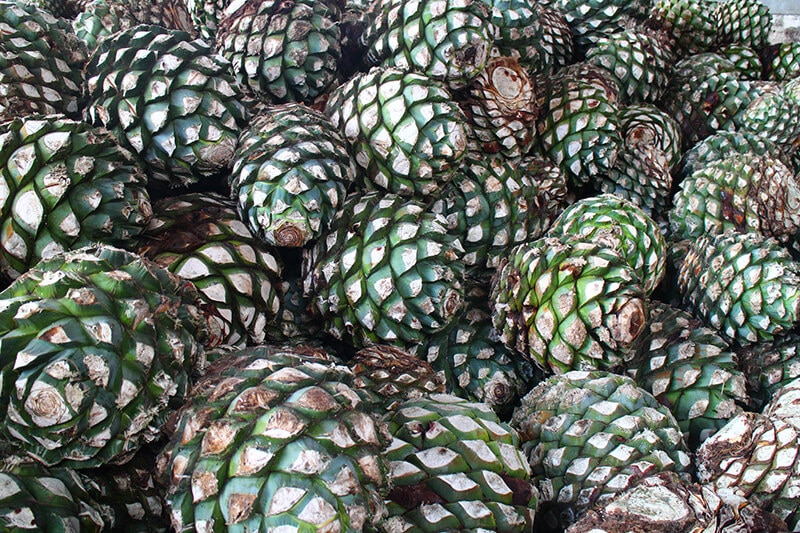 What is the difference between tequila and mezcal?

All tequila is mezcal, but not all mezcal is tequila. It is similar to how all bourbon is whiskey, but not all whiskey is bourbon. Tequila can only be made from Blue Weber Agave. Mezcal is mostly made from Espadin Agave, but there are more than 30 types of agave that can be used for Mezcal production. While tequila can only be produced in the regions mentioned above, Mezcal can be produced in nine different areas of Mexico including Durango, Puebla and Oaxaca. Mezcal also tends to have a smoky, earthier taste. If you are still confused about the difference, give them both a try and decipher the variances for yourself. How to drink tequila

To start, if you already have a preference on how you like to drink your tequila, then that is exactly how you should drink it. You know your taste and if you like it, drink it! If you aren’t sure, let us lay out some general guidelines. How you drink tequila all depends on the particular tequila you are buying. With the sudden surge of popularity in the premium tequila category, quality tequilas have become more readily available. When choosing a 100% Blue Weber Agave tequila, it is perfectly fine to sip. In fact, skip the overly chilled, salt and lime dance. Time and handcrafted care went into fine-tuning the taste of that tequila, so our bet is you would be surprised how much you like to sip it straight. If you are in the mood for a mixed cocktail, snag a bottle of blanco. Since it is unaged, it will mix the best batch of margaritas, palomas or whatever tequila cocktail you are craving. As for añejo, drink it as you would a good Scotch. Serve at room temperature and sip at your leisure. If you would like it chilled, only add one or two ice cubes because you don’t want to dilute the aged flavor. If a balance of both is what you are looking for, reposado is your choice. It has enough flavor to be sipped but isn’t too intense for a light cocktail. If you enjoy a sugary concoction like a tequila sunrise, choose a mixto. The syrups and juices of these decadent drinks will mask any aged flavor and will render spending the extra money useless.

Tequila is rich in history and has been around for centuries, which usually brings out a bit of myth and mystery. Here is the truth behind some of tequilas most notorious lores.

Tequila should always be served with a salt and lime. False. In fact, unless you are mixing a margarita, there is no need for it. It alters the naturally delicious taste of the sweet agave spirit.

Tequila makes you crazy. We hate to spoil this excuse for you, but it isn’t the tequila that is making you crazy. There is no evidence that tequila alters your mind more than any other liquor of the same proof.

Real tequila is served with a worm in the bottle. First of all, if your friend sets a bottle in front of you with a worm in it and dares you to eat it, it is time for new friends. Also, that bottle does not contain tequila. This worm is actually a moth larvae, called gusando de maguey, and is sometimes found in mezcal. There is debate whether the larvae started as a marketing gimmick or if the creature changed the flavor of the liquid. Either way, you can rest assured we don’t carry larvae-infused mezcal at ABC.