Unlike many other spirits, rum does not follow strict production regulations. It can legally be made anywhere in the world, but it is most commonly associated with tropical and island locales. Places like Trinidad, Jamacia, Cuba, Guyana and Barbados are famous for their rum production due to having the perfect climate for growing rum’s key ingredient: sugarcane.

The official definition of rum as qualified by the United States Government Federal Standards states, “’Rum’ is an alcoholic distillate from the fermented juice of sugarcane, sugarcane syrup, sugarcane molasses and other sugarcane by-products, produced at no less than 190 proof in such manner that distillate possess the taste, aroma and characteristic generally attributed to rum, and bottles at no less than 80 proof; and includes mixture solely of such distillates.” 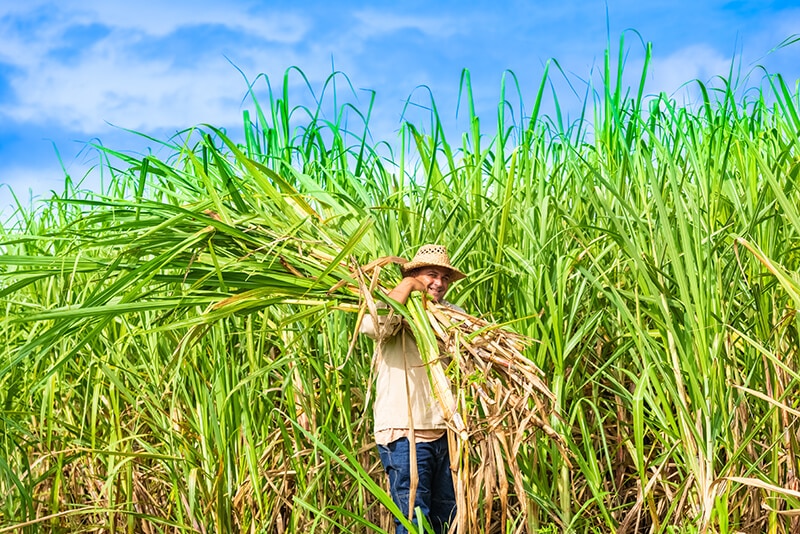 However, it may be easier to ask: what isn’t rum? Rum is one of the most versatile spirits and comes in various shapes and forms with its singular consistency being that all are made from sugarcane. Beyond that, each type of rum hosts its own attributes, distillation and aging process, flavors and styles. In its entirety, this spirit can range in alcohol by volume (ABV) from 20% to 75.5%. It can be aged from one year to multiple decades, achieving different flavors and visual characteristics with each year it is aged.

Where did rum originate?

Rum is arguably one of the earliest known spirits due to its simple production process. Its main ingredient, sugarcane, was first known to be fermented as early as 350 BC in India. At this time, the fermented spirit was being used for medicinal purposes. The production of sugarcane increased as explores discovered islands with the perfect growing climate. The first distillation of rum in the Caribbean took place on sugarcane plantations in the 17th century. Modern rum came to fruition when plantation slaves discovered the by-product of the sugarcane refining process could be fermented into alcohol. History suggests that the first account of this type of rum comes from the island of Nevis with a 1651 document from Barbados stating, “the chief fuddling they make in the islands is Rumbullion, alias Kill-Divil, and is made of sugarcanes distilled, a hot, hellish and terrible liquor.”

From there, rum took the world by storm. By the end of the 1600s, there were accounts of rum production in Brazil, Sweden and even France where they replaced brandy with rum as the exchange-alcohol of choice. The popularity quickly spread to Colonial North America. It is estimated that prior to the American Revolutionary War, the men and women of the American colonies were drinking an average of three imperial gallons of rum each year. To this day, rum is produced and enjoyed world-wide, but the tropics and the Caribbean countries are still held at the highest standards.

How is rum made?

Rum is a spirit made from sugarcane molasses or sugarcane juice. The sugarcane is fermented and then distilled. After distillation, the liquid will be clear and typically aged using bourbon casks, wooden casks or stainless steel tanks. The vessel of distillation plays a key role in what type of rum will result. When aged in oak barrels the rum becomes dark, versus being aged in stainless steel tanks where it remains virtually colorless. 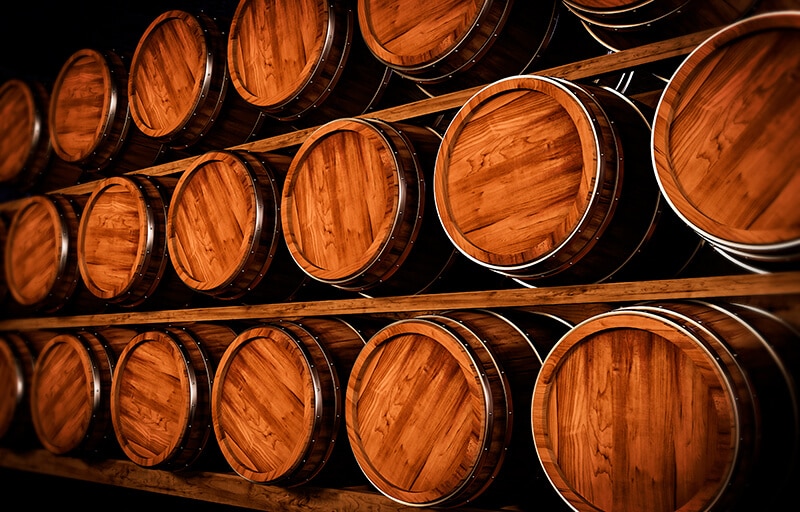 Throughout the world, but specifically within the Caribbean, each island or production area has its own unique production style. The most consistent part of the process is the sugarcane’s fermentation. The rum’s quality is dependent on the quality and variety of sugarcane used. For many places, rum is produced from molasses as a result of fermentation but locations like the French-speaking islands prefer sugarcane juice. To ferment the sugar, yeast and water are added. From there, the soon-to-be spirit goes through distillation where there is no standard method. The aging process is also dependent on the region and the type of rum being produced. Due to the tropical climate that most rums are made in, the liquid matures at a much higher rate than other spirits. Through the aging process, some of the product is lost to evaporation, also known as “the angels’ share.” In rum from France or Scotland, only about 2% is lost each year, while the tropics will see as much as 10%. After being aged, rum is normally blended for a consistent flavor. Rum being produced as light rums may be filtered to remove color and dark rums may have caramel added.

What are the different types of rum?

As a spirit that is not tied to a particular region or distinctive style of production, placing rums into categories can be a heavy feat. With over 80 countries producing rum, the following are the most popular and known types you may see while shopping the spirit. Note there are countless additional categories that vary and are defined separately in their own country of origin.

Also known as white or clear rum, it is completely colorless. In the United States, this type of rum is sold at around 80 proof (40% ABV). They are aged for one or more years and filtered to remove any coloring. With a milder flavor and lighter body than other rums, this type is often used in cocktail recipes.

This spirit has been mellowed in barrels over time to receive its amber or golden hues. They have a more flavorful profile than white/clear rums and are used in cocktails when wanting a stronger flavor. Depending on the barrel, these rums will have subtle flavors of vanilla, almond, citrus, caramel or coconut. Often aged several years or more, distillers may add coloring to provide consistency.

While often used to designate darker colored rums from their light or gold counterparts, this category has minimal attributes. When aged for a longer period of time, rums will continue to darken. These bottles tend to be aged for extended periods and offer larger flavor profiles, best enjoyed sipped.

Black rum is the darkest in color, but has a light to medium body. It is made from molasses, the dark, sweet liquid left over after manufacturing crystallized sugar. These rums will embody the rich flavors and sometimes include added burnt caramel to darken the color. The barrels used to produce this type of rum are typically charred and fired heavily to impart the wood’s flavors on the liquid. Black rum works great for cocktail floaters or as a substitute for your favorite whiskey cocktail, like an old fashioned.

Most rums are aged for a certain period of time, but this category represents the finest examples of matured rums, which are then often blended to achieve complexity and distinctive flavors. Aged rums generally take on a darker color with rich tones and are encouraged to be enjoyed neat or on the rocks like a fine whiskey or Scotch. These rums are labeled with an age statement that correlates to the youngest rum in the blend.

When flavors and spices are infused into the rum, they fall into this category. The spices added usually come from seeds, fruit, root, leaf or bark of edible flora like ginger, vanilla, allspice, cinnamon and cloves. Typical flavors added include fruit extracts of citrus, cherry, mint, black currant, coconut, mango, pineapple and other tropical tones. Rums that do not meet the U.S. requirement of 40% ABV are also added under this definition. This type of rum is often combined with soda or fruit juices that complement the flavor profiles.

When you’ve finished checking out all these rum options, find our favorite rum cocktails below and more to enjoy here.