The Origin Story of the Daiquiri

Summer is in full swing, which means one thing to us... rum cocktail season. People all around are looking for refreshing, tropical drinks full of fruity flavors. Among the countless cocktail options enhanced by the sugarcane derived spirit: one sits as a king in the category - The Daiquiri. After many years of growth and variations, the Daiquiri has become a staple vacation delight enjoyed by many perched by a pool or on the beach.

Traditionally, the Daiquiri is a stirred citrus and rum cocktail with a hint of sugar to add some sweetness that is served over ice. It has been around for over a century and has had many evolutions through its years. The cocktail is named after the location it was created in – the town of Daiquiri on the southeastern tip of Cuba, and was supposedly invented in 1898 by an American mining engineer named Jennings Cox. A United States Navy medical officer brought the recipe over from Cuba about a decade later, introducing it to the United States. 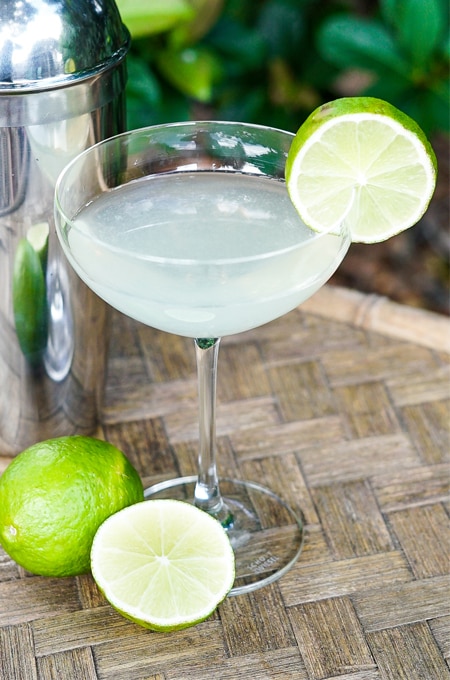 In a shaker with ice, add rum, lime juice and simple syrup. Shake vigorously and strain into a chilled glass. Garnish with a lime wheel.

This distinctive drink rose to popularity in the United States during the 1940s. Vodka and whiskey were rationed during World War II, making the spirits hard to come by. However, due to Franklin D. Roosevelt’s Good Neighbor Policy, which opened trade and travel relations with the Caribbean, rum became easily obtainable.

Daiquiris are a favorite of many well-known names including Ernest Hemingway and John F. Kennedy. Even author F. Scott Fitzgerald has history with the drink, being one of the first to mention it in his 1920s novel This Side of Paradise. Hemingway was known to frequent an establishment called El Floridita, an American-style bar in Havana during Prohibition. Constantino Ribalaigua Vert, who boasts the nickname “The Cocktail King of Cuba,” was the bartender at El Floridita and the first to mix some of the Daiquiri modifications we enjoy today. He introduced chipped ice to the original recipe and with a quick whir of an electric blender the frozen Daiquiri came to life. It was in this bar that a recipe for Hemingway was created. This variation is called Papa Doble which doubles the rum measurements and includes grapefruit juice, maraschino liqueur and fresh lime juice. 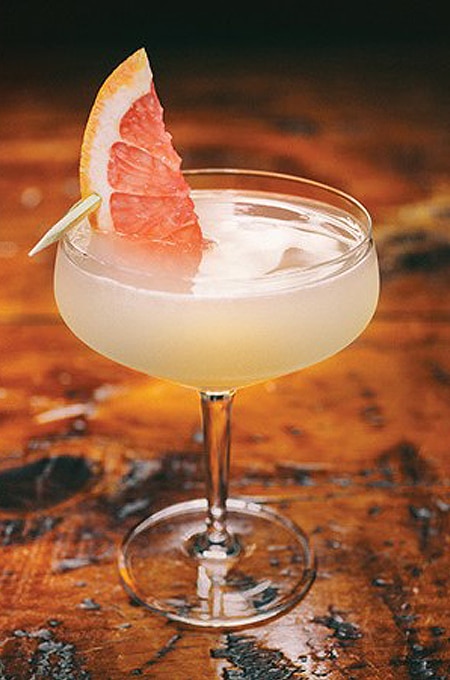 Pour all ingredients into a shaker with ice. Shake well and strain into a chilled glass. Garnish with grapefruit.

The traditional three ingredient recipe became a steppingstone for creativity among both professional and home bartenders. After winning the 1960 election, President John F. Kennedy celebrated his victory with a Daiquiri made by his wife Jackie. Her personal recipe was tacked to the kitchen wall of the White House for the staff to follow. JFK’s Daiquiri is a little different but features light rum, limeade, fresh lime juice and Jackie’s “secret ingredient,” Falernum. 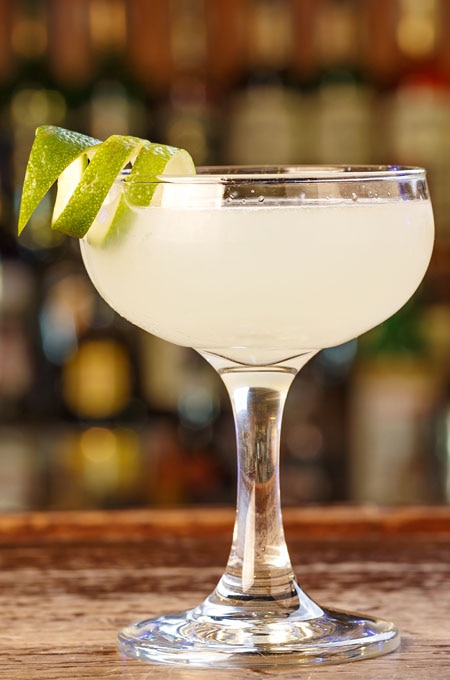 In a shaker with ice, add rum, lime juice, limeade and Falernum. Shake for 15 seconds or until shaker is cold. Strain into a chilled glass and garnish with a lime twist.

While the classic daiquiri is revered, the drink’s tropical nature has lent itself to experimentation, especially with popular fruits found in its area of origin. With inspiration from Constantino’s frozen concoction, the classically lime-flavored drink grew to feature essences like strawberry, banana, mango and other tropical fruits. A desire for heavy flavors to mask the taste of spirits allowed the niche of frozen, flavored Daiquiris to boom and develop into the adult-slushie role as we know them. 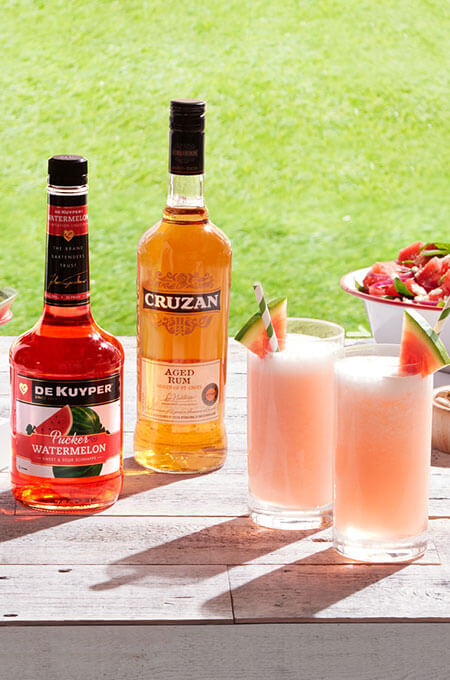 Add rum, schnapps, liqueur and sour mix to a blender with ice. Blend until desired consistency (add more ice if needed) and pour into a glass. Top with a splash of lemon-lime soda.

Whether you opt for the traditional, you’re a loyal to a frozen variation or enjoy a fruity addition, there is no argument that the daiquiri has swept the world. Frequent any bar or restaurant and chances are you can find some form of the delightful drink. So, the next time you’re looking to take your tastebuds on a tropical trip, choose a Daiquiri and join the well-versed group of fans.

Fascinated by the histories of your favorite drinks? Check out the Origin Story of the Bellini.