The Insane Popularity of Espresso Martinis

If you were to check out some of the hottest bars and lounges today, you might expect to see guests sipping on premium whisky or a negroni. But something unexpected is being strained into martini glasses around the nation. A latent, but not lost cocktail masterpiece from the ‘90s has resurfaced to have another moment. Dapper drinkers are thumbing through cocktail menus to order a sweet, strong and sophisticated drink: the espresso martini.

The drink itself is simple, only garnished with coffee beans at most. So, why is this pseudo-martini causing a cocktail phenomenon?"

Well, this buzz-inducing cocktail combines espresso, vodka, coffee liqueur and sugar – simple ingredients that, once combined, become a seductive sipping drink. The dynamic fusion of both bitter and sweet flavors, caffeine and distilled spirit makes this cocktail an outlier in the best way possible.

Espresso martinis are the perfect after-dinner drink, holiday cocktail or night-out drink of choice. You can use almost any espresso machine to make this drink at home, which means you can enjoy an espresso martini whether you're at your local bar or at home on a Tuesday night. And just like many of our other favorite holiday drinks, this cocktail has an interesting and storied history. The espresso martini has seen many iterations over the years, but now it's back in style.

Read on as we unpack the history and the hype of the espresso martini, along with sharing some must-try recipes for the holidays or any day that ends in a ‘y.’ And press play below to join us as we shake up a favorite espresso-tini recipe – the Absolut Espresso Martini.

The History & the Hype

The espresso martini is a relatively recent cocktail creation with a hilarious origin story.

The story goes that, while working at London’s Fred’s Club in the ‘90s, career bartender Dick Bradsell served a supermodel patron who allegedly asked for, “Something to wake me up, then &%*$ me up.”1 With the well of spirits sitting close to the espresso machine, inspiration struck! Dick combined, shook and strained espresso, vodka, coffee liqueur and sugar syrup into a chilled cocktail glass and garnished the new libation with whole coffee beans.2 His on-the-spot ingenuity gave rise to the first espresso martini, which he coined the vodka espresso.

The vodka espresso immediately drew attention and eventually ended up on menus in Notting Hill, one of London’s trendiest neighborhoods for cafes and restaurants.

Dick continued to refine and experiment with his recipe to create a classic, contemporary cocktail. After his recipe was perfected and popularized, he schooled many other British bartenders who then spread the recipe around the world. The cocktail became a sensation among socialites, supermodels and Aussies, for some reason. The espresso martini remains Australia’s favorite drink today.

Eventually, the cocktail evolved from the vodka espresso to the espresso martini to suit the neo-martini audience of the ‘90s. These cocktail connoisseurs believed that any vodka-based drink served in a V-shaped glass ought to be called a tini. This martini movement was part of a larger cocktail renaissance that took place at the turn of the century. Characterized by bold mixing, eye-catching colors and novel flavors, these new drinks personified the cultural consciousness of the decade.

Although this buzzy drink captured the zeitgeist of the cocktail scene in the 1990s, it vanished soon after. The cocktail’s rise to popularity was fantastic, but fleeting. The cocktail is now experiencing a renaissance, and it's no wonder why - it's just so good! While the popularity of the espresso martini has been rising quietly among gourmands for years, it has only recently caught the attention of mainstream drinkers.

Today, tagging along with the resurgence of ‘90s nostalgia, the espresso martini is a vintage cocktail making a comeback. The return of wide-leg jeans, choker necklaces and crop tops may have you cringing, but the inspired and revamped espresso martini recipes have us ordering a second round. Drink menus around the U.S. are reintroducing recipes with alternative spirits, creamy foams and unexpected flavors to elevate the espresso martini once again.

If you want to try making your own espresso martini at home, you can hack the process by grabbing Owen's Craft Mixers Espresso Martini Mixer as an option to mix a quick and easy espresso martini. You can also shake one up for yourself or for your guests over the holidays with one of the classic recipes below: Place a martini glass in the freezer to chill. Combine vodka, liqueur and espresso in a shaker with ice. Shake well. Strain into chilled glass. Garnish with coffee beans. In a blender with ice, add vodka, Frangelico, espresso, simple syrup and coffee liqueur. Blend until mixture reaches slushie consistency. Pour into a chilled glass and garnish with sprinkle of coffee grounds. In a shaker with ice, add Baileys, vodka and espresso. Shake and strain into a martini glass. In a shaker with ice, add tequila, coffee liqueur, espresso and simple syrup. Shake vigorously and strain into a martini glass. Garnish with espresso beans. 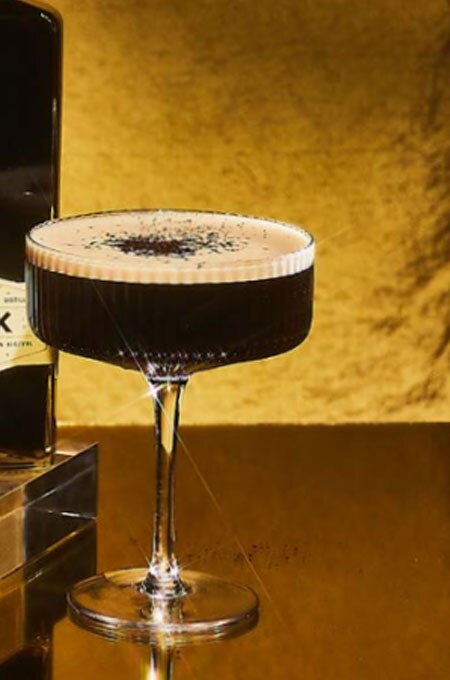 In a shaker with ice, add coffee liqueur, rum, cream de banana and coffee. Shake and strain into a chilled coupe glass. Garnish with fresh nutmeg. 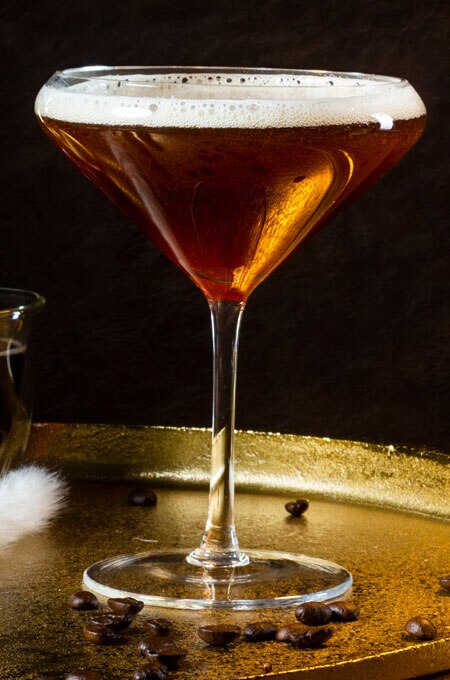 In a shaker with ice, add simple syrup, coffee liqueur, espresso and wine. Shake vigorously and strain into a martini glass. Garnish with coffee beans. 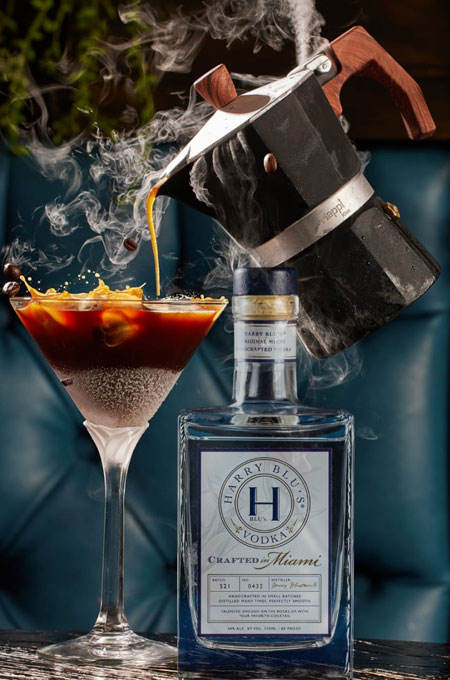 For the reduction: Pour the two cups of espresso into a non-stick pan and cook on a low heat. Add the vanilla drops and the cinnamon sticks. Following, stir in a teaspoon of sugar or blue agave and a pinch of salt. Mix and simmer until the mixture is creamy.

For the cocktail: In a shaker with ice, add vodka, espresso coffee and coffee & cinnamon reduction*. Shake vigorously and strain into a chilled martini glass.

If you’re ready to shake up an espresso martini at home, shop all the ingredients at your local ABC Fine Wine & Spirits location or shop online, where you can find recipes and some premade espresso martini options.