The name vodka originates from the Russian word “voda,” meaning water. This term likely comes from the immediate visual of the clear liquid and seemingly taste-less flavor. While the most official acknowledgement of vodka arrives in 14th century Russia, its origins are heavily debated and speculated. Some suggest that the liquor dates to the Middle Ages when it was produced from potatoes and used as a medicinal agent, believed to be an effective remedy against cold weather. Growing grapes was difficult in the cold weather temperament of Russia, so they began experiments of fermenting grains. This led to the original name, “bread wine.” Its popularity grew in 1917, during the Russian Revolution, when the Russians took it while evacuating towards the more northern parts of Europe, such as Poland, France, and other locations known today as the Vodka Belt. Vodka gained worldwide recognition due to World War II and now is produced globally.

Vodka is the most used spirit for cocktails—largely due to its neutral flavor. The liquor is made from an abundance of resources, most commonly grains, such as rye, rice, wheat and vegetables, like corn and potatoes. However, in modern times, distilleries have started experimenting with fruits like grapes and apples to produce the spirit. Unlike most other liquors, vodka does not have any set regulations that govern its production, which allows for individuals to get creative in the distillation process. The main consistency with all forms of vodka is that it is a “rectified spirit,” meaning it has been distilled at least three times. Typically, the more times it’s distilled, the cleaner and smoother the vodka is. The alcohol content of the spirit greatly depends on where it is produced, but it’s recommended to be around 30-40% alcohol by volume (ABV). Often, European variations average around 80% ABV, and the American brand Everclear reaches about 96% ABV. 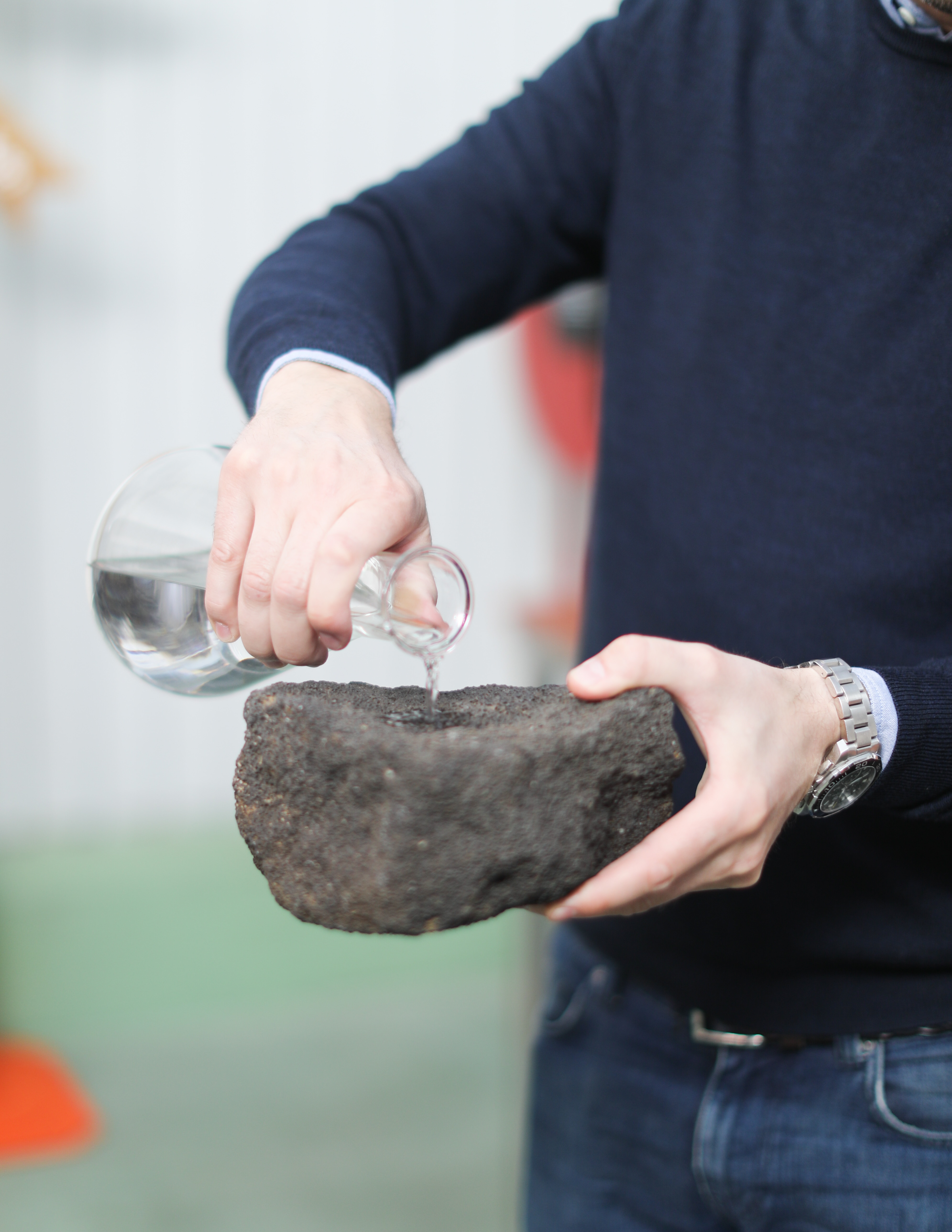 How is vodka produced and what is it made from?

Vodka is made through distillation. Distillation increases the alcohol percentage through heat, using evaporation and condensation. This increase distinguishes it as a hard liquor or spirit, versus a non-distilled alcohol. The ingredients are first fermented, where sugar is fed to yeast to create alcohol. Then, the liquid is distilled before adding water. Vodka goes through a column distillation process. This concept arrived in the 19th century when commercial distillers needed a faster method than pot distilling, which required cleaning after every batch. Column distilling involves large columns where mash/wash is constantly injected, and the steam rises to meet it. The type of water used to distill the vodka plays an important role. It directly impacts the mashing, cooling and reduction process. Brands like Grey Goose advertise themselves as high-end vodka due to their blending of wheat and spring water. Distillers often use minerals, such as charcoal, to run the product through for purer distillation.

The ingredients used to produce vodka vary, not only by country of origin, but also by individual distillers. Corn has become one of the more popular starter ingredients, with brands such as Tito’s Handmade Vodka, Smirnoff, Deep Eddy and our Sourced & Certified, 1941 and Grays Peak Vodka implementing it. Having originated as a grain alcohol, wheat is also a common starter and is featured in Absolut, Ketel One and Svedka. The French vodka, Ciroc, is produced using the grapes Mauzac, Blanc and Ugni Blanc.

Do all vodkas taste the same? 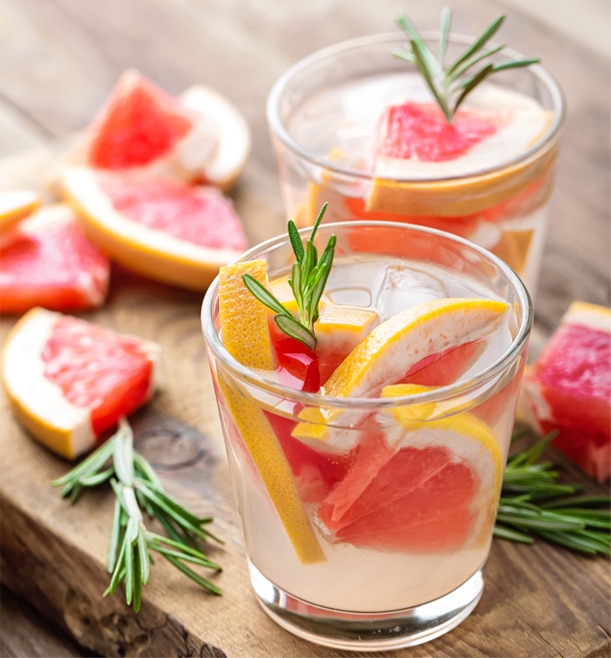 This question requires a very opinionated answer. If you ask a college student, you’ll most likely hear “no;” which is why less expensive vodkas like New Amsterdam and Burnett's have grown in popularity. Overall, vodka is known for being a taste-less clear liquor with its flavor coming mostly from the burning sensation of consumption. This neutral flavor is why vodka is the most used spirit to mix with. However, vodka experts would suggest that the temperature of distillation directly affects the taste. Additionally, drinking vodka cold allows for a more vivacious and pleasant flavor. Food pairings have also been attributed to bringing specific flavors out of vodka.

Since classic vodka provides little to no flavor, there is a heavy demand for flavored vodkas. This concept originated at the same time as classic vodka, but it wasn’t marketed. Infusions were made at home to make vodka more enjoyable. Modern commercial practices involve steeping ingredients in high-proof vodka or having flavor labs create flavors to be sold to distillers and added during the production process. In the Vodka Belt, the liquor is commonly infused with spices and herbs. Flavors like Absolut Peppar Vodka or a Rosemary Lavender mixture would be favored. Sweet and citrus flavors are more recent and popular in the United States, like in Ketel One Citroen Vodka and Smirnoff Vanilla Vodka. You can find more flavored vodkas here. 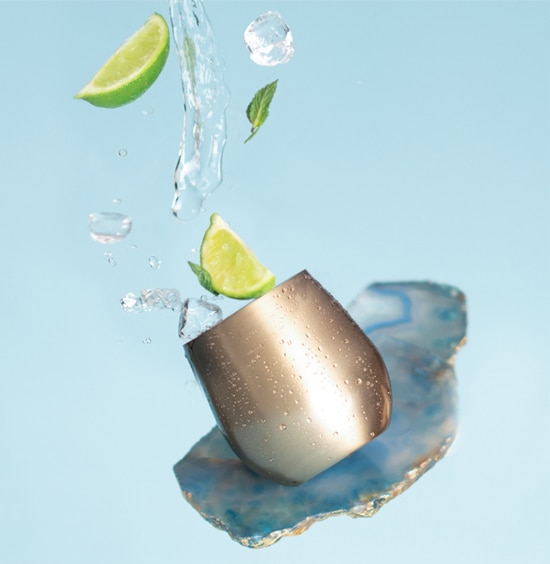 How to drink vodka

Traditionally, vodka is sipped cold or on the rocks with no mixers. It is recommended to be paired with food as it brings out extra flavors within the vodka, as well as the food you are enjoying with it. Vodka can also be used in cooking and is a popular attribute to pasta sauces and desserts, like in our Red, White and Blue Spiked Popsicles. The neutral taste allows it to be substituted in many different cocktails, for instance, a traditional martini is made with gin, but vodka martinis have grown in popularity. Vodka cocktails come in all shapes and sizes. Ready-to-serve cocktails, better known as canned cocktails are currently in high demand. These are premixed cocktails that fit easily in a cooler, ready to be consumed by cracking open a can. With a global desire for vodka, it is no mystery why many companies are choosing vodka as their main ingredient in canned cocktails. Whether you are looking to make a Moscow Mule or Spiked Pineapple Mint Lemonade at home or sip a canned cocktail, such as High Noon at the beach, there's a vodka cocktail for every palate.

· Only potato or corn vodka is gluten free : The distillation process of vodka eliminates all the gluten before time of consumption. The alcohol is separated from the mash and travels through the still to turn into a liquid on the other side. Even wheat-based vodkas are gluten free—unless the distillery adds gluten after the vodka has been distilled, so it is important to always double check flavored vodkas.

· More distillation = better vodka : While distilling vodka extra times can allow it to be cleaner and smoother, it does not necessarily mean it is a better quality. Over distilled vodka can lose its flavor, aroma and character. Distilling vodka too much can potentially leave the liquid as pure alcohol.

· Higher price = better quality : Top shelf vodkas price themselves as such based on the purity of the products that they use. For instance, some companies boast about the freshness of water they use. While fresher ingredients typically equal better quality, it is more about personal taste. Don’t be afraid to enjoy a lower cost vodka if it matches your personal flavor palate.

· You can use an at-home filter to make “bad” vodka taste better : Unfortunately, this urban legend is not true. Running your vodka through a personal filter will not improve the taste or make it easier to drink. At-home filters do not have the same power as the distilleries, and it cannot eliminate the impurities that you taste. Either add a bit more of your favorite mixer or invest in a bottle with a quality reputation!