6 Mezcal Cocktails You Can Make at Home

Mezcal – you may not know what it is, but there is a chance you’ve already tried it!

It is a rising star in the spirits category. You can find it on almost any craft cocktail menu and it has also caught the attention of some celebrities. That's why we're giving you the inside scoop on how to mix this smoky spirit into a homemade cocktail. But before we get too far down the mixology rabbit hole, lets dig into what mezcal actually is.

Mezcal is an umbrella term for agave-based spirits like tequila. This means all tequilas are mezcals, but not all mezcals are tequila (think bourbon vs. whiskey).

There are three primary differences between what’s labeled as mezcal and tequila. The first distinction is the type of agave that is used to produce the spirit. Mezcal can be any spirit distilled from the agave plant, and there are over 30 agave species that can be used to make it. In contrast, tequila is made exclusively with blue agave. The second qualifying characteristic is the origin of production. Tequila production is heavily regulated and specifies that the spirit can only be made within the Mexican state of Jalisco. Mezcal can be produced all over the country of Mexico, but most commonly is exported from the Oaxaca region. Finally, the two spirits are made differently. The agave plant is baked to produce tequila and smoked to make mezcal. 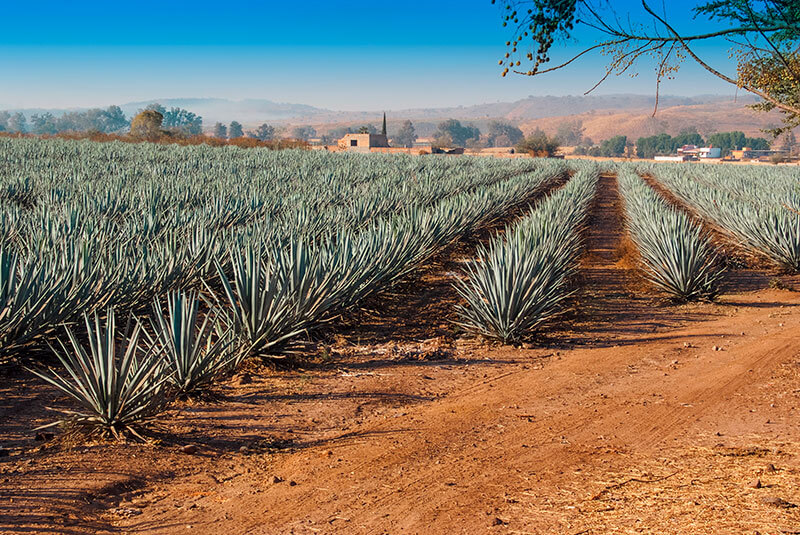 While often compared to tequila, mezcal has a much different flavor profile. You'll enjoy smoky nuances, similar to a peated Scotch, that are the result of how the agave is fermented. The production of mezcal is very traditional and often made by small-scale distillers. The process begins with pits dug into the earth, called “palenques,” which are lined with lava rocks. The rocks are heated for 24 hours before the heart of the agave plant is added. This portion of the agave used to make mezcal is called the piña, which is smoked and cooked in these pits for about three days. Once cooked, they are crushed and mashed by a stone wheel and are fermented in barrels. Some mezcal producers have turned to more modern techniques, but this traditional method is still used by most artisanal distillers in order to retain the character and signature smokiness of the spirit.

So, the next time you step in the role as at-home bartender, or are just looking to change up the flavor of your margarita, try introducing mezcal. It fits in seamlessly as a spirit substitute for many drinks but if you need a little inspiration, here are six mezcal cocktails you can make at home.

Due to its smoky flavor, mezcal is a great substitute for cocktails that generally call for whiskey or bourbon. 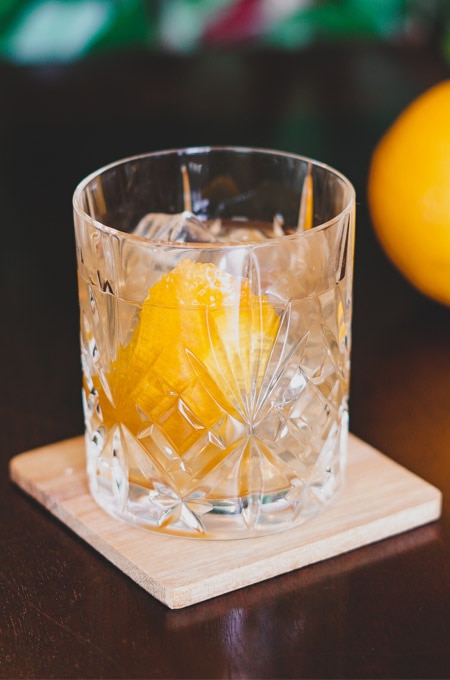 Combine agave and bitters in a glass. Fill glass with ice. Squeeze orange peel over glass to express the oils. Place peel in glass and add mezcal and tequila. Stir until combined and thoroughly chilled. 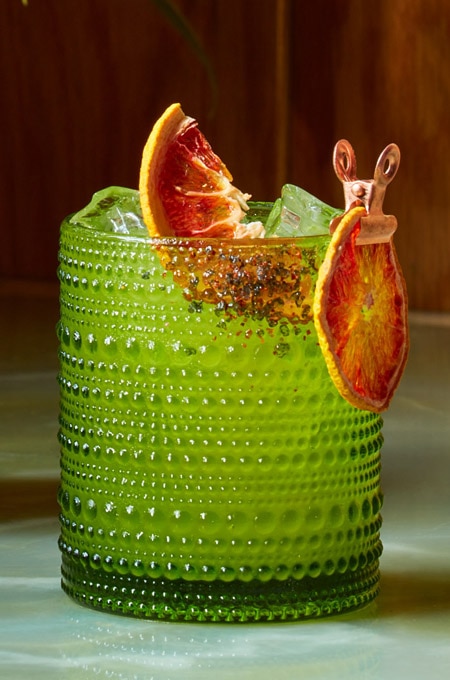 Add black salt to a shallow dish. Dip glass to rim the top in salt and set aside. In a shaker with ice, add mezcal, lime juice and agave nectar. Shake for 7-8 seconds and strain into rimmed glass over fresh ice. Garnish with a dehydrated citrus wheel. 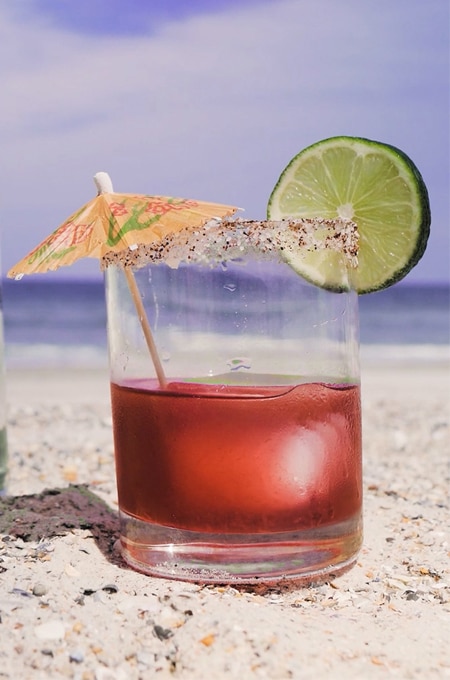 Add mezcal, cranberry juice, Aperol and fresh lime juice in a shaker with ice. Shake well and strain into rimmed glass. Garnish with a lime wheel.

Adding a muddled jalapeño to a recipe allows the juices to mix with the spirits and creates a flavorful kick to the drink. 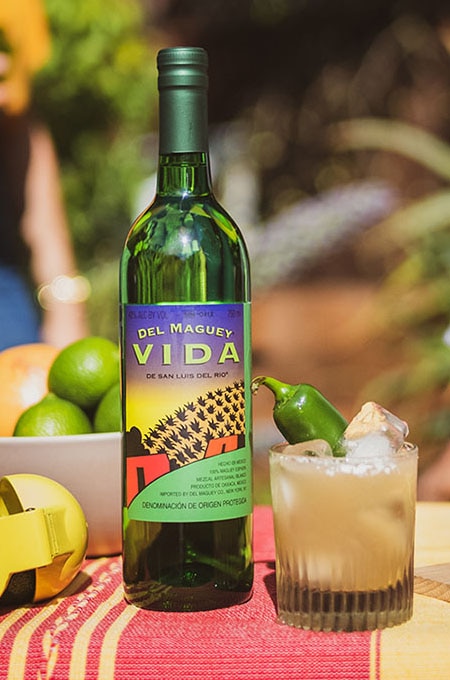 In a shaker with ice, add mezcal, agave nectar and lime juice. Shake well and strain into a glass over fresh ice. Garnish with a lime wedge.

*For a spicy twist: Muddle jalapeño and agave nectar in the shaker before adding remaining ingredients.

Expressing the peel of an acidic fruit, like an orange, releases fragrant oils into your drink. It adds extra citrus flavor to the cocktail without adding sweetness – making it the perfect addition to drink calling for mezcal. 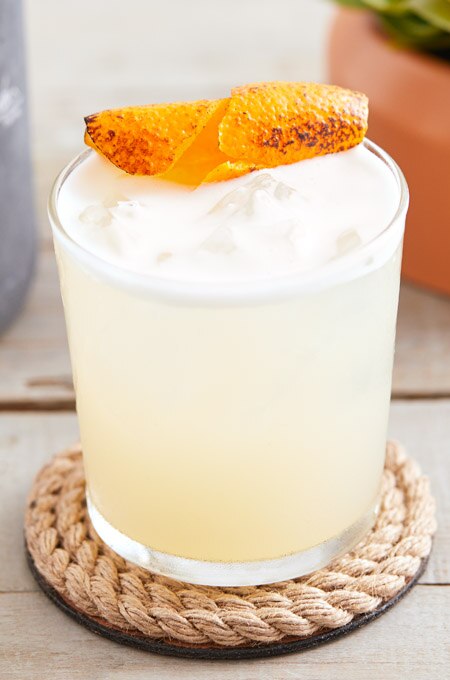 In a shaker with ice, add mezcal, lime juice, simple syrup and bitters. Shake vigorously and strain into a glass over fresh ice. Express natural orange oils from peel over top of the cocktail and garnish with a charred orange peel.

Sombra Mezcal Artesanal is another way to smoke up your traditional margarita. Fun fact: it is made in the most traditional fashion, on the steep slopes of the Sierra de Oaxaca. 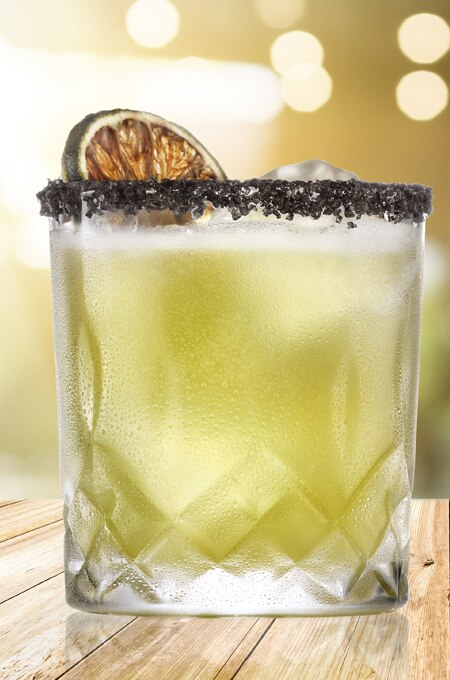 Add black sea salt to a shallow dish. Dip glass to rim the top in salt and set aside. In a shaker with ice, add mezcal, lime juice and agave nectar. Shake and strain into rimmed glass over ice. Garnish with a dehydrated lime slice.

Need more recipes to fuel your new mezcal obsession? We don’t blame you! Check out all our mezcal cocktail recipes here.